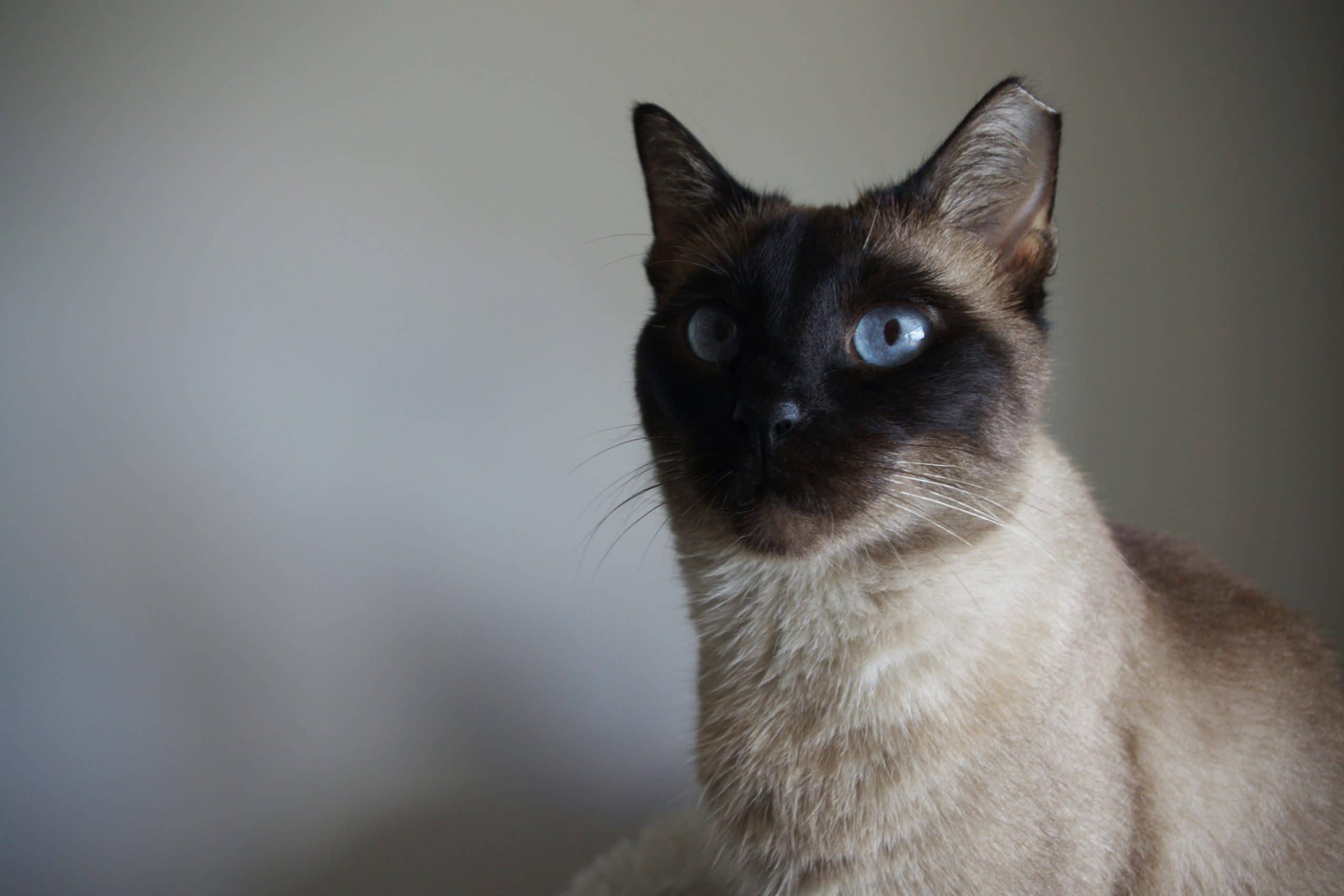 Siamese cats are one of the most popular cat breeds today. They are well known for their striking features and affectionate nature. For their impressive features and loving disposition, Siamese cats are renowned. The Siamese could be a perfect match for you if you are looking for a faithful companion. These trendy felines enjoy playing with their families and spending time, and they always have something to say.

Siamese cats originated from Thailand. The name of the breed was derived from the word ‘Siam,’ the former name of Thailand. Siamese cats were a favorite of royal families in ancient times because of their beauty and striking personality. It was assumed that their Siamese cat would receive their soul when a member of the royal family died. The cat would then spend the rest of her life lavishly living in a temple with monks and priests as their servants. Until the late nineteenth century, Siamese cats were not seen in the U.S. First Lady Lucy Hayes, President Rutherford B. Hayes’ wife, who was in office from 1877-1881, was one of the first known owners of a Siamese cat. The cat was offered to her as a gift by a U.S. diplomat employed in Thailand.

The crystal-blue eyes of the Siamese are one of their distinct characteristics. The large, pointy ears, sleek tails and bodies, and color points that can be seen on their face, ears, paws, and tail are also known to the breed. The Siamese is a natural breed, which means their coat pattern resulted from a genetic mutation. There are four distinct color variations in the Siamese – seal point, chocolate point, blue point, and lilac point. Many other breeds, including the Oriental, the Balinese, the Tonkinese, and the Havana Brown, come from the Siamese.

A seal point Siamese may have a light fawn to the cream-colored body with seal-brown (dark brown) color points on their face. Their paw pads and nose leather are also dark brown.

Chocolate Point Siamese cats have ivory bodies. Their bodies also have milk chocolate color points on their nose, head, feet, and tail. Their paw pads and nose leather are cinnamon-pink.

Bluepoint Siamese has a bluish-white body with deep-blue points. The nose and paw pads of the blue point Siamese cat are slate-colored.

The Personality of Siamese cat

The Siamese cats are very talkative, always looking for attention. They love their families so much that they want a family member to be with them all the time. They are known to look pouty and depressed when they don’t get the attention they crave. So, if you’re thinking of having a Siamese, but you’re away during the day at work, you might consider getting two of them. That way, at all times, they’ll each have a friend. You probably won’t have to worry about your new furry family member getting along with the others if you’re thinking about getting a Siamese and still have other pets. As long as they play nice, Siamese cats usually get along well with other cats, dogs, and children. Since Siamese cats are brilliant and athletic, active and exciting games can be perfect for them. Smart and sporty, Siamese Cats need plenty of toys and playtime to keep their body and mind occupied.

Siamese cats have short, fine coats, so a weekly brushing to keep them shiny and safe will do just fine. Combing removes dead hair and spread skin oil nicely. It’s a good idea to brush your Siamese teeth every day to help avoid periodontal disease, or at least once a week. It has been reported that when owners neglect the dental hygiene of their cat, the feline partner quickly develops periodontal disease by age three. It is recommended that your cat gets professional teeth cleanings every year.

Like many cat breeds, Siamese also has hereditary conditions, including intestinal tumors and other cancers, such as mediastinal lymphoma. These Siamese cats can also catch asthma and bronchial disease, heart defects, and Amyloidosis. They also suffer from an eye disease known as progressive retinal atrophy, which may lead to loss of vision and blindness when they get older. These cats are often considered to have sensitive stomachs. Siamese cats are vulnerable to vomiting, which can be avoided by preventing them from eating rich cat foods.

Is a Siamese cat right for you?

Siamese cats make perfect pets. They love human company and love to spend their time with their owners. They love to play and go out with their owner. Being a friendly creature, they get depressed when left alone at home. This means that they may not be right for a home that is often empty of people or other pets. They will bond closely with you unless they are mistreated. More than almost every other breed of cat, they need human companionship. Not only are these cats social animals, but they are also very affectionate. To show their love, they use various signals such as purring, weaving their tails, blinking slowly, rubbing their cheeks against you, etc.

Some interesting facts about Siamese Cats

It is widely assumed that, since they first appeared in a Thai manuscript, they originated in Thailand around the 14th century, making them one of the world’s oldest cat breeds.

This breed was traditionally owned in Thailand by royal families who treated them like kings and queens.

In several Hollywood films, they have appeared, including The Incredible Journey, the Lady, and the Tramp, and That Darn Cat! The whole plot of That Darn Cat! It focuses on a D.C. (or Darn Cat) called Siamese who helps stop a kidnapping.

If you have owned a Siamese cat or you are planning to adopt one but still haven’t found the right name for them, then below is the list of some unique and trending names of 2023:

If these names do not suit your purpose, try some online generator and sort them according to your style and interests.