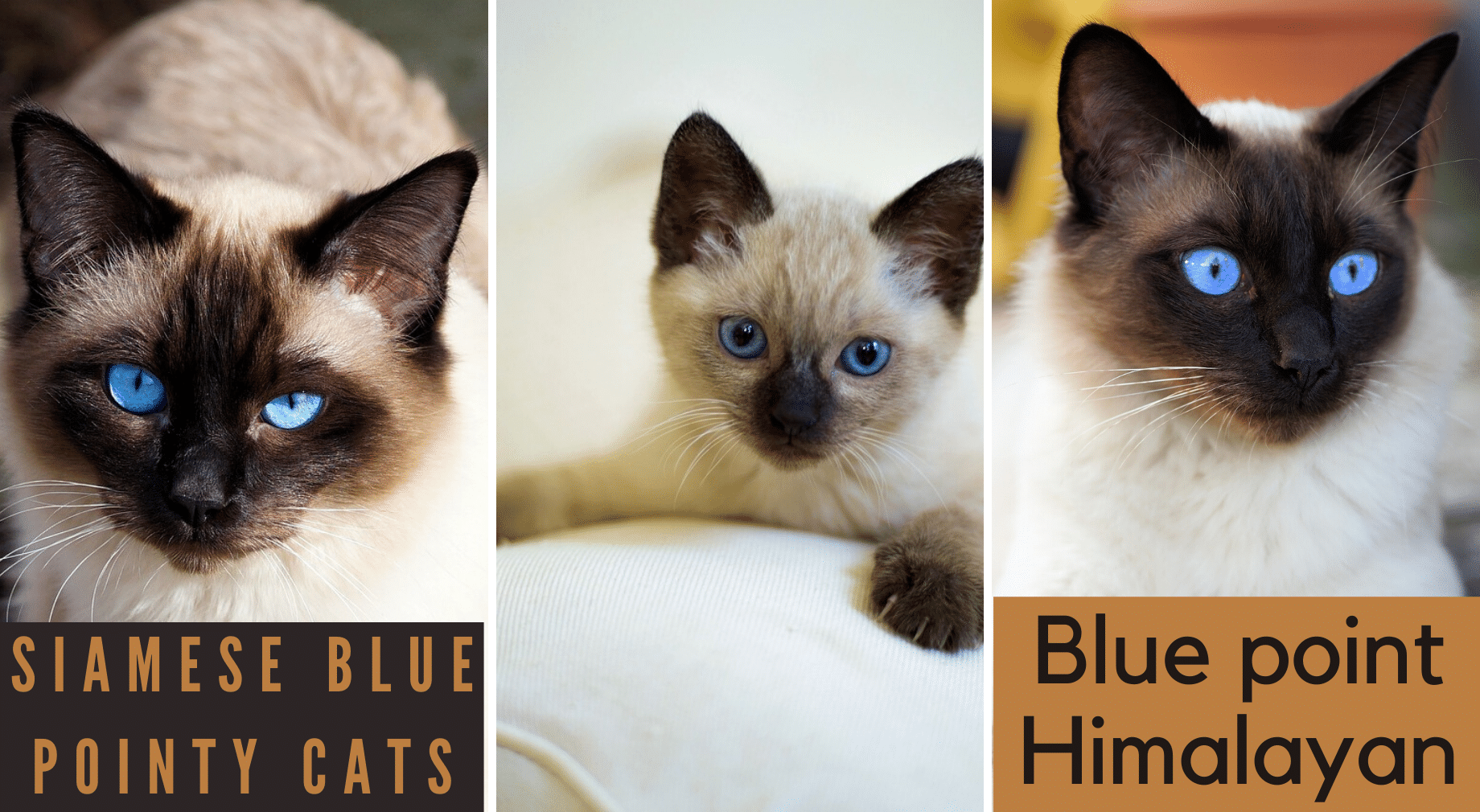 Believed to have originated from Thailand, Siamese cats Blue Point Siamese are considered to be quite distinct from rest of the breed and have a royal touch. If anything is to be believed, these cats were prohibited to be owned by the common masses.

Treated like royals, these cats don’t really like to be inactive and neglected. They become as much a part of your family as the other family members.

Not only are they vivacious, but their colours also come in different varieties, which give a tough choice for the buyers. Siamese cats are of chocolate, seal, blue, lilac etc. These cats are both pretty and popular.

Blue Point Siamese cats are not just adorable to look at but are also one of the gentlest species. If I have to describe the Bluepoint Siamese cat in one or two adjectives, I’d call them affectionate and faithful.

It is also to be noted that the seal point was the only breed, which was considered superior. The seal blue point breed made its mark in the year 1934 when it was considered as the official breed and was accepted by one and all and rightfully so.

They are super cuddly and all they want from people is simply love. Even their glance is different from the rest of the cats as while their glance is usually serious and often wrathful, Blue Point Siamese cats’ gaze is expressive and full of emotions.

They are furry and keep purring around their owners. Their loyal nature is that one trait which makes them special.

Occasionally you may find Blue Points with lighter, silvery-blue points rather than slate-grey ones, but they always tend to be darker and bluer than the pinkish-toned Lilac Point.

A Blue Point’s coat (like that of a Seal Point) will tend to darken with age, unlike that of a Lilac Point which stays white throughout their life.

Why are they called the Blue Point?

When you come across a blue Siamese cat, it seems that the cat is looking at you with their pointy blue eyes. However, it is a rare sight and not a regular one where you get to see a blue point Siamese cat. Such type of felines has a tinge of blue on their coat as well.

They are unique and make their presence felt when compared with the other breeds. The breed is sometimes mixed with the Seal breed but the differences between the two are prominent.

The Seal point breed has a brownish coat whereas the blue point has a distinct bluish-white overall look. The Siamese breed has evolved with the passage of time and other variations have come into being.

The demeanour of these cats is full of good vibes as they are true and loyal to their owners. It is also interesting to know that this distinct colour of the Siamese kittens develops after their birth. The colour is a result of partial inheritance of the genes and the enzymatic action that is sensitive to heat.

The action takes place when the kitten is in the womb. The pigment is temperature-controlled and affects the colour of the cat. The cat looks nothing less than an epitome of grace who shines bright with its twinkling blue eyes.

Color blue, which boasts of peace and life, stands true when it comes to the blue pointy cats.

They can be adorable pets

These cats are known for their playfulness, loyalty and serene nature. They give love and seek love. Unlike the other cats, they are the least fussy and have an absolute gentle side to them. As long as you are around them, they are content. They are sure to lighten up any dull environment.

The answer is yes, this breed is active and full of life. They love to play and be actively involved with the family members. The little fur of joy makes the bond between the family members all the more healthy by spreading positivity.

Blue Eyed Point can spoil you for choices

Blue-eyed points come in different variants that can be difficult for some to choose from. This is a result of these felines breeding with the other types. Here are some unique hybrids of the Siamese blue points:

When the Persian cats and Siamese cats breed, they bring the Himalayan cats into being. These cats obviously have blue eyes, as the name suggests, their long hair is a mark of distinction.

Another mystical type is the result of a Siamese cat mixed with Tabby. Attractive and lustrous coat of light grey or a cold blue is further adorned all the more with stripes.

Burmese and Siamese cats have a lot in common. They are often hailed as being distant relatives. They have an amazing presence and an irresistible appeal.

The result of this crossbreeding, the blue point Balinese, is darker, making it look more like the Seal Siamese
point.

One of the unique breeds, this type has a faint touch of colour resembling that of the Seal cat. Their magnificent silver-white coat with just the right hint of blue gives them an attractive look.

Life with a Blue Point Siamese

If you are in a mood to pet a Blue Eyed Point, the only condition is that your energy has to match with them. As the cats keep you actively involved, there is no way that these cats would ever do nothing or have a moment of boredom.

They have many ways to keep themselves busy, even by creating ruckus in the house if it comes to the entertainment part. So be with them, treat them like your family and they will never fail to cheer you up.