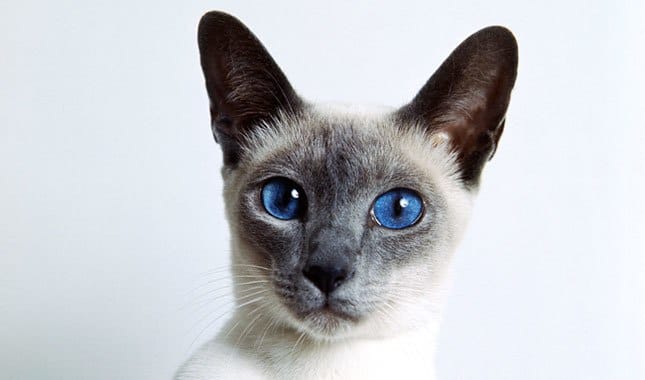 The Siamese cats are considered to be a unique breed among the cat family. You must have encountered them before as blue-eyed, unique fur patterns, long neck, dark-colored paws, and face. This kind of coloration is known as “points”. This means that their extremities are those parts or points of the body which are colored. The points are mostly darker in color. They include paws, ears, face mask, and tail. The pattern would mostly remain the same but the coloration would vary.

The Siamese kittens when they are born are all white colored or cream colored. But gradually as the week progresses, the points start to develop and only then you would be able to make out exactly what color is the Siamese cat.

In total, there are 32 colors of Siamese cat that have been accepted. Different organizations of cat breed have accepted different colors and patterns. Hence, if you are planning on purchasing a Siamese, it would be better to check which colors are accepted in your country. However, the main acceptable Siamese cat colors are Blue, Seal Point, Lilac, Chocolate, Fawn, Caramel, Cinnamon, Red, Tabby, Tortie, and Cream. 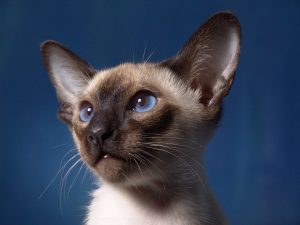 This is the first category of Siamese cat that comes to our mind when we talk about Siamese cat colour. The extremities are almost sealed brown or black colored. Among the other Siamese cat,

the Seal point is said to be having the darkest body colour. Genetically, the Siamese cat Seal point is a black cat but due to the genes, it caused the color to only show on the points. 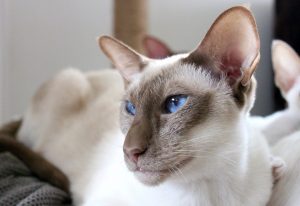 The body colour of this Siamese cat should be ivory white without any kind of shading. Due to the lack of shading, it causes a contrast effect between the points and the body. Its coat color would stay lighter than the Seal Points. The paw pads and the nose are of cinnamon pinkish chocolate color. 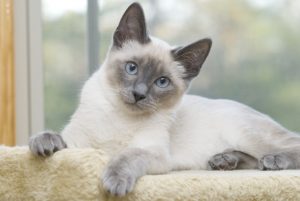 The body color is mostly bluish white. This is a cold color that would gradually shade away towards the stomach and the chest. It also shades into blue on the backside. As the cat gradually ages, the color of the coat becomes dark. The points are mostly slate and deep blue. The paw pads and the nose are slate blues in color. 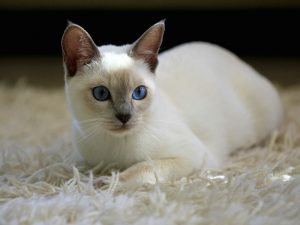 The lilac was the third color accepted into the Siamese cat color chart. The points are mostly frosty grey and pinkish. Hence, it is also called as Frost Point. Note, that the points should not be chocolate, fawn or blue. The color of the coat is glacial white without kind of shading. Amongst all the other Siamese cat, the lilac point has the lightest body color. Also as they age, the color stays light throughout. The paw pads and nose are lavender pinks in color. 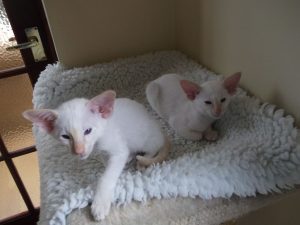 This Siamese cat was created by the crossing of a Siamese cat with that of red tabby and tortoiseshell. This cat has bright and reddish gold colored points. The body color is warm white. Paw pads and nose leather are pinkish in color. These were also referred to as Orange Points. 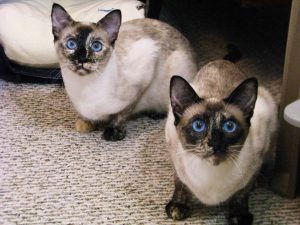 The Tortie was also created in the same manner as Red Point Siamese cat. The Torties are mostly female cats and a mix of red and black color. 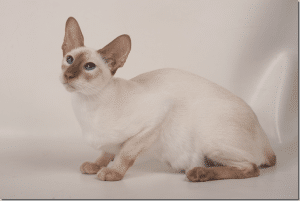 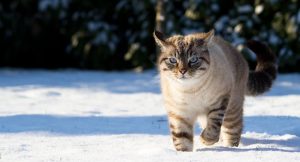 This Siamese cat was created by the breeding of domestic tabby cat and seal point. They have stripped points. The colors vary such as seal lynx, blue lynx, lilac lynx, red lynx, cream lynx, seal tortie lynx, and chocolate lynx. Basically, they include cats of all colors. 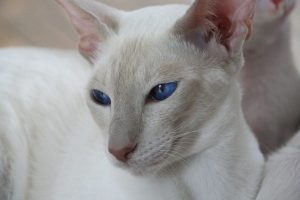 They were created by the breeding of red domestic shorthair, Siamese and Abys. They have cool cream colored points with white cream body color. The paw pads and nose leather are pinkish. They are a delicate lot among the other Siamese cats. 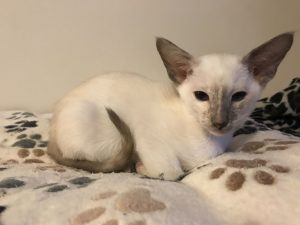 They have paler legs with brownish grey colored points. The eye rims, paw pads, and nose leather are in pinkish grey. The body coat is off-white with any tone shading points. 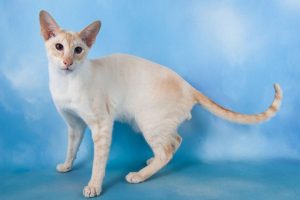 The feet and legs are paler in color. They have a hot cream colored point with a shot metallic sheen to it. These points tend to get obvious as they age. The ears, paw pads, nose, and lips would have certain freckles. The body coat color is warm creamy white and if there are any shading then it would be tone to the points. The paw pads, eye rims, and nose leather are pinkish. 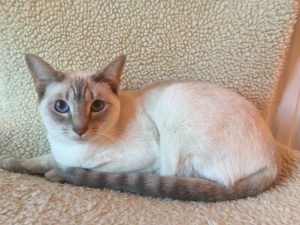 This is also one of the delicate Siamese cat colors. The color of the body is off-white and it has rosy mushroom points. The paw pads, eye rims, and nose are of pinkish color.

The tabby points are said to be the tabby version of any of the nine basic colors of Siamese cat. The face especially around the eyes and nose, should be having clear defined striped markings. The forehead has a distinct marking of M. The ears may have a pattern of a thumbprint. The markings on the legs may not be that clear. The tail should be ringed around on the underside. The color of the body should be solid and also fit the color of points. 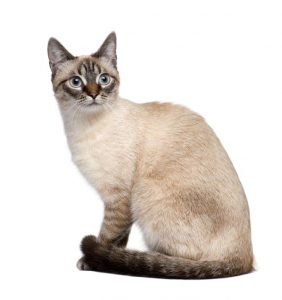 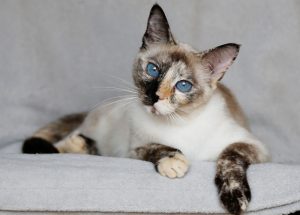 With shades of cream, it should have pale and warm points. Off-white body with shading and also it should tone to the points.

It should have cinnamon brown colored points with a certain amount of red shades. The body color is ivory with or without shading. Also, it should be toning with the points.

The body color should be off-white with dark brownish blue colored points. It can also have shades of apricot.

The white colored coat is the dominant mask color hence it is also a part of the Siamese cat color chart. It has blue colored eyes. 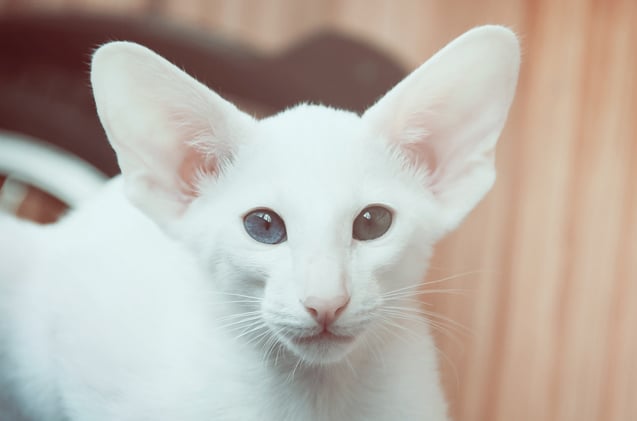