How Big Do Siamese Cats Get?

How Big Do Siamese Cat Get? 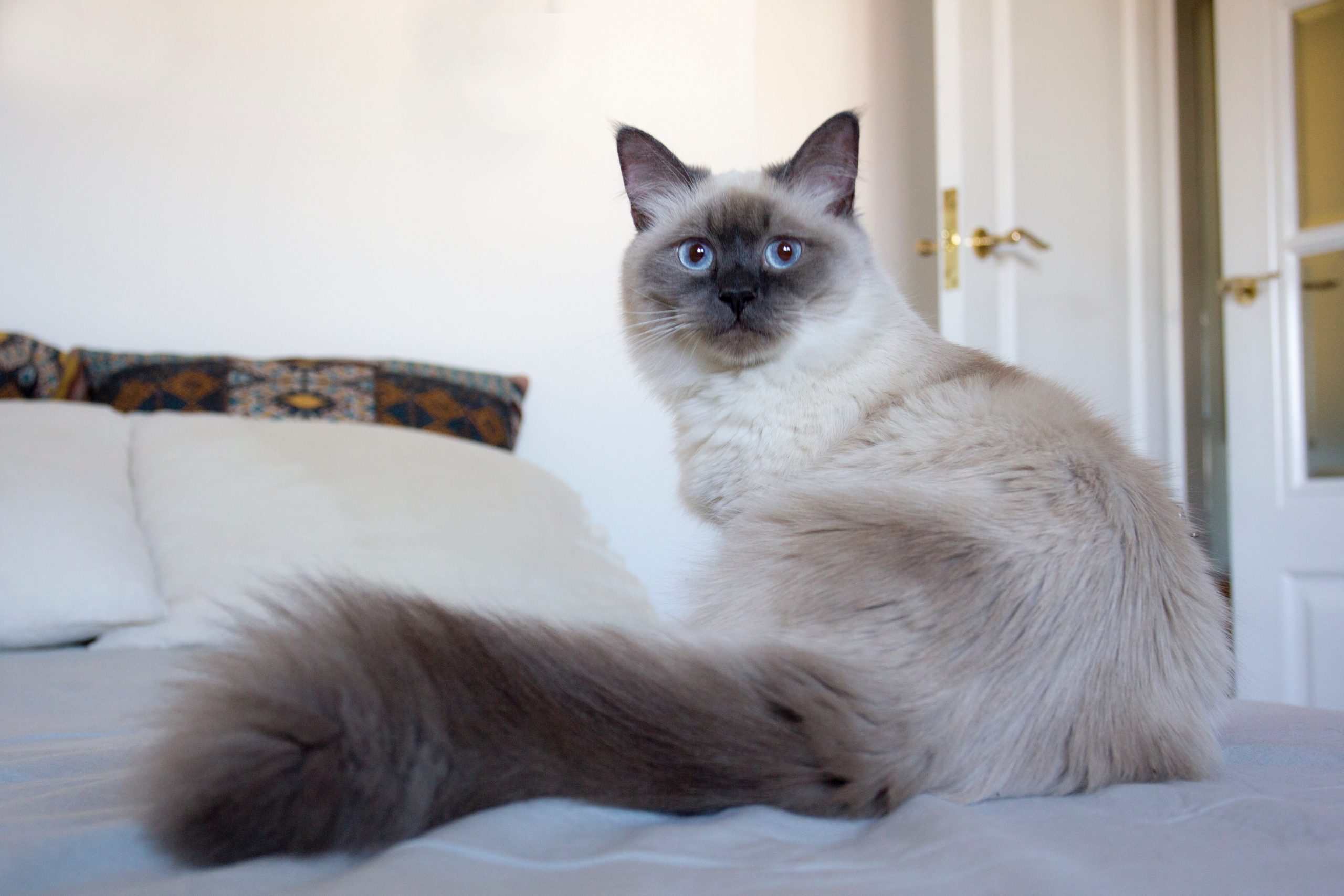 A Siamese cat is a perfect choice if you’ve always wanted a cat with striking looks, a regal appearance, and an adorable personality. This cat breed is one of the most popular in the world. Their bodies are slender and muscular, with crystal blue eyes and colour points mostly on ears, face, paws, and tail.

They have an affectionate nature, are extremely intelligent, and can be very vocal. The Siamese is a long, elegant cat. The body is long; the neck is long, the legs and tail are long.

With a light-coloured body and darker face, paws, head, and tail, the Siamese coat is distinctive. It has short, silky fur that is soft and silky. Seal, blue, chocolate, and lilac are the most common colours, though some associations accept red, cream, fawn, caramel, apricot, and cinnamon colours.

Their blue eyes are wide and almond-shaped. They have a long, muscular body, a long neck, and long, lean legs with short, oval-shaped feet and a long, thin tail that resembles a whip.

How big do Siamese cats get?

Siamese cats are small to medium-sized cats that can grow up to 10 inches in height. Siamese cats vary in size from 11.5 to 14 inches in length and weigh eight to ten pounds on average.

When do Siamese cats stop growing?

When they reach the age of two, these breeds stop developing and are considered fully grown. Their coloring, on the other hand, can change throughout their lives. These cats are born white, and color points may not appear for several months. When they get older, the points will darken.

Sleek frames, elongated necks, triangle-shaped heads, long and straight noses, and slender legs are what make Siamese cats unique and attractive. One of the distinguishing characteristics of these cats is their vast, wide-based ears and almond-shaped, bright blue eyes. Their tails are also long and tapered.

These cats have light coats with dark points in various colors, including the seal point, blue point, lilac point, chocolate point, cream point, and red or flame point. These cats have short, dense fur that only needs to be brushed once a week. Along with the Egyptian Mau, Chartreux, Maine Coon, Turkish Angora, and Norwegian Forest Cat, the Siamese breed is also considered one of the oldest cat breeds.

If you have a gregarious personality and enjoy talking, Siamese cats and their personalities are likely to appeal to you, as these felines are playful, friendly, and active. They need constant stimulation and will be grateful if you provide them with toys and a scratching post to help them release their energy. These cats are very loyal to their owners and love human company. Also, they get along well with other pets at home.

Siamese cats are very affectionate and enjoy being petted and cuddled. These cats are also highly intelligent and easy to train. Because Siamese cats easily get bored, they may tinker with things in your cupboards, hide items they snatched from your kitchen, and even learn to open doors.

A Siamese cat can live for 15 to 20 years on average. The life expectancy of Siamese cats is higher than that of most other cats. Modern Siamese cats have unique variations that have shorter lives. Regular health checks, a balanced diet, and regular exercise will all help your cat live a longer life. Cats will live for a long period if they are given good care and regular checkups. Several cats live a few years longer than the average.

Siamese cats are generally healthy, although they are susceptible to some health problems. Here are a few examples:

Some fun facts about Siamese cats

Siamese cats are not only a popular breed, but they’re also well-known in the entertainment industry. Some of the renowned pop-culture idols include the following:

A Siamese cat will be a good match for you if you don’t mind having a loud pet at home. Not only are these cats intelligent and playful, but they are also affectionate and friendly. They are medium-sized cats that can grow as big as around 10 inches in height and weigh approximately 8 to 10 pounds.

#How Big Do Siamese Cats Get