How many types of Siamese are there? [Here’s the answer] 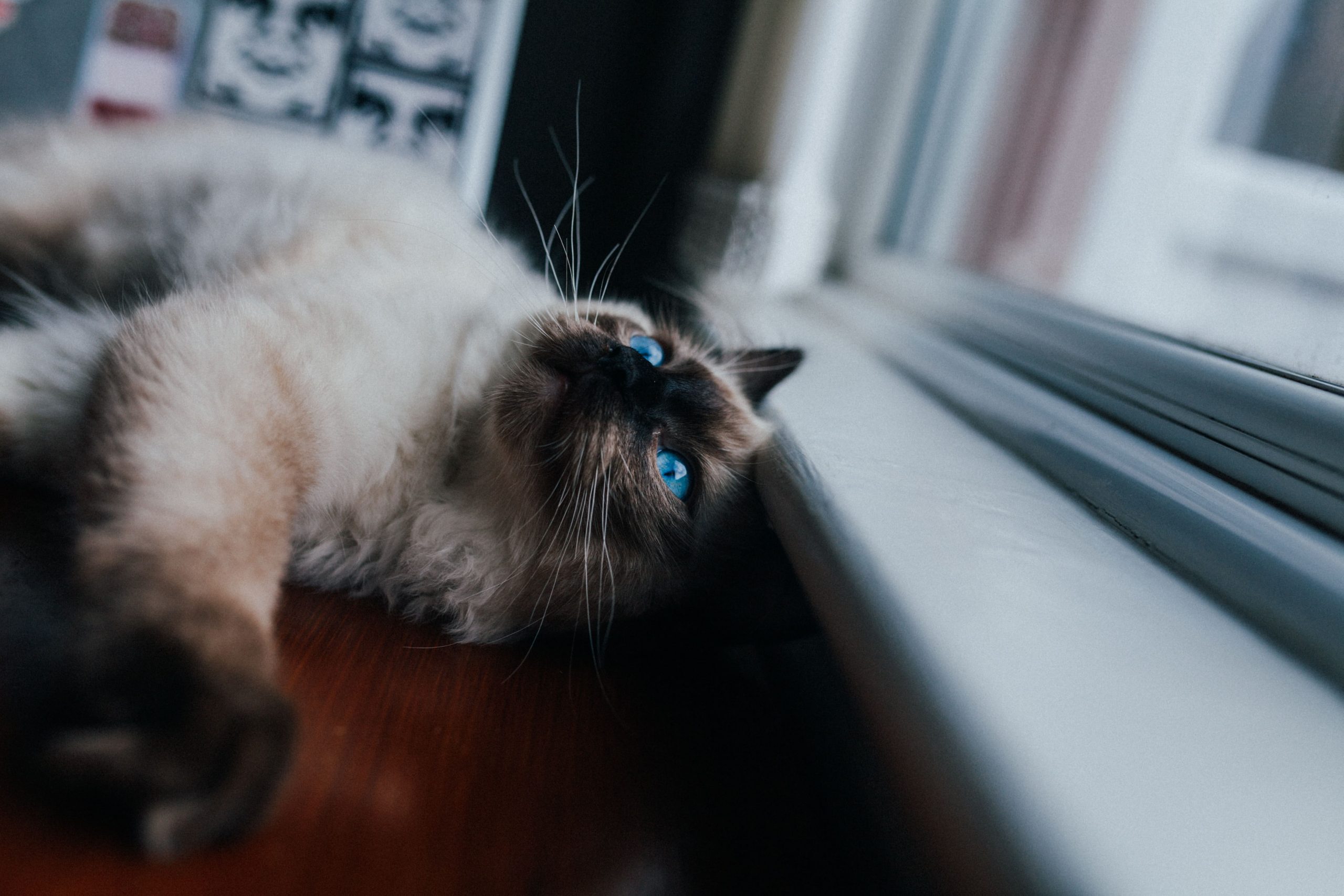 The Siamese cat is known to be a very friendly and beautiful looking breed. The breed originated from an ancient kingdom of Siam, which is now popularly known as Thailand.

Over a period, the Siamese cats have evolved in various ways such as body composition, colour and size.

The different types of this breed have its own distinct colouration and marking that makes it look unique and different from the rest. Only a skilled breeder or cat lover would be able to tell the difference between each of this breed.

In total, there are Eight types of Siamese cats, which are broken down into two groups.

As the name suggests, the Siamese cats, which fall under this category, have been there since the beginning. Since this breed originated from the town Siam or Thailand, thus it has been given the name of Siamese.

The people of Siam revered this breed since it was the very first domesticated pet in history. The Traditional Siamese are known to have cross-eyed at the side. They are famously known to have a crooked tail, which is not seen in the modern Siamese.

Traditional Siamese was a slim looking feline having dark colouring and marking around its face, tail and feet. The tall statue of this feline set it apart from the rest of the breeds. The traditional breed is further sub-categorized as, Old Style, Apple Head and Classic.

The modern Siamese cats are known to be a popular breed in modern society. You may have seen them in various movies. This breed is known for its friendly nature and intelligence.

The breed of Siamese under Modern category are popularly recognized across the globe. They are slim in physical appearance and are mostly white or light colouration. The modern Siamese is further categorized as, dark-coloured point, Wedgies and light-coloured points.

Further, the Siamese cats are divided into smaller sub-categories due to its distinct marking and colouration.

For those of you who are planning of adopting a Siamese kitten, it becomes important to understand this difference for you to pick the one that suits your personality.

Let us discuss further about the sub-categories of the Traditional and Modern Siamese cats:

This particular Siamese breed is known for is fluffy fur and rounded face. It is said to be more on the quieter side as compared to its counterparts, which are quite active. Applehead is less vocal than the other Siamese breed.

They have a distinguishable apple-shaped skull thus it has been given the name of “Big Boned”. The ears are smaller with an endearing dip on their nose.

Male applehead weigh around 18 pounds and mostly have athletic stature. When compared to Classic and Old-style Siamese, the applehead does not have a long tail.

The meow of an Old-Style Siamese cat can be mistaken for the crying of a baby. They are athletic built with medium-body.

When compared to Classic and applehead, the face structure of an old-style Siamese is elongated. They have almond-shaped eyes, which are mostly crossed, and the nose and ears are large.

This traditional breed has longer and lighter body. Though you may not call them lean but they have large ears along with a non-existent nose dip. Similar to the other two traditional breeds, the classic Siamese cats also have the original Thai genetics which can be seen in their overall appearance. The classic breed are athletes by nature.

You need to take care of keeping them away from harmful UV rays since they are prone to skin-cancer.

They are further categorized into Blue Points, Seal points and Red points.

They are further categorized as, Chocolate Point, Lilac points and Cream Points.

This breed has a distinct looking triangular or a wedge-shaped face. The ears are set lower and more towards the face.

Photo by Josh Couch on Unsplash 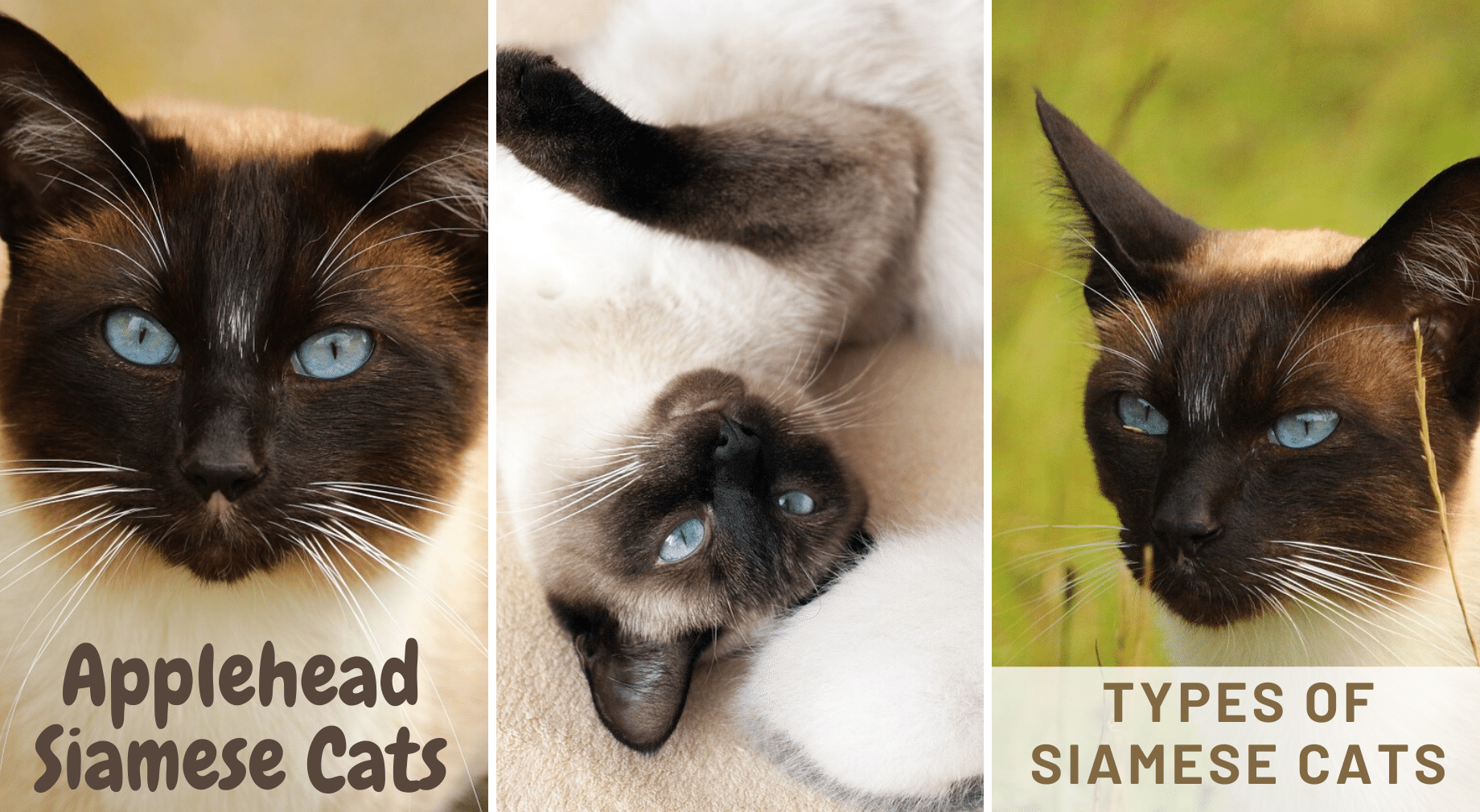 Applehead Siamese Cats – What Are They?

1 thought on “How many types of Siamese are there? [Here’s the answer]”