Why Does My Cat Lick Me? Reasons & When to Be Concerned 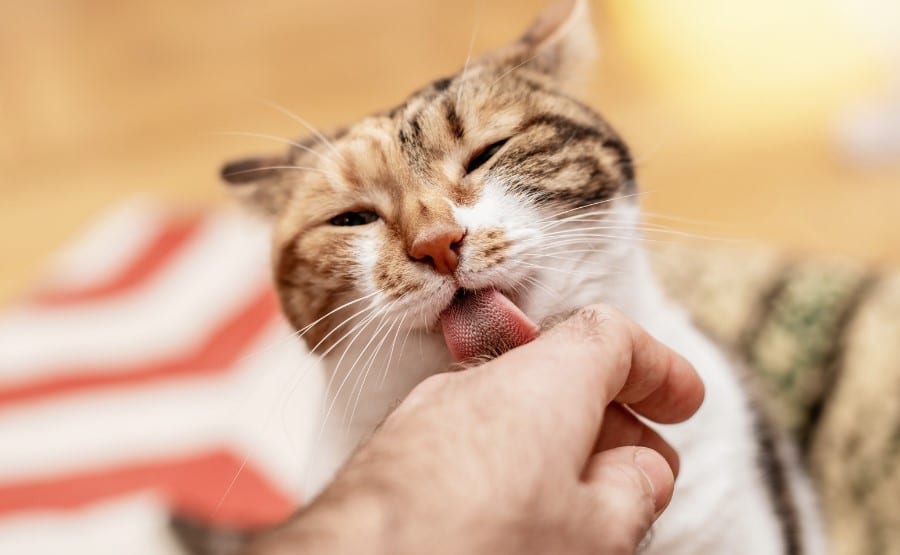 Cats lick themselves (or kittens) to groom themselves, therefore licking is usually a gesture of affection or a technique of cleansing for them. Cats, on the other hand, lick each other to express various forms of affection. A cat’s lick could be a way of them claiming their territory or reminding you that you’re a member of the family.

You can’t read a cat’s thoughts, but you can be sure that your cat is licking you because it likes you. So, what does it imply when cats lick people? Continue reading to find out.

Reasons why your cat lick you 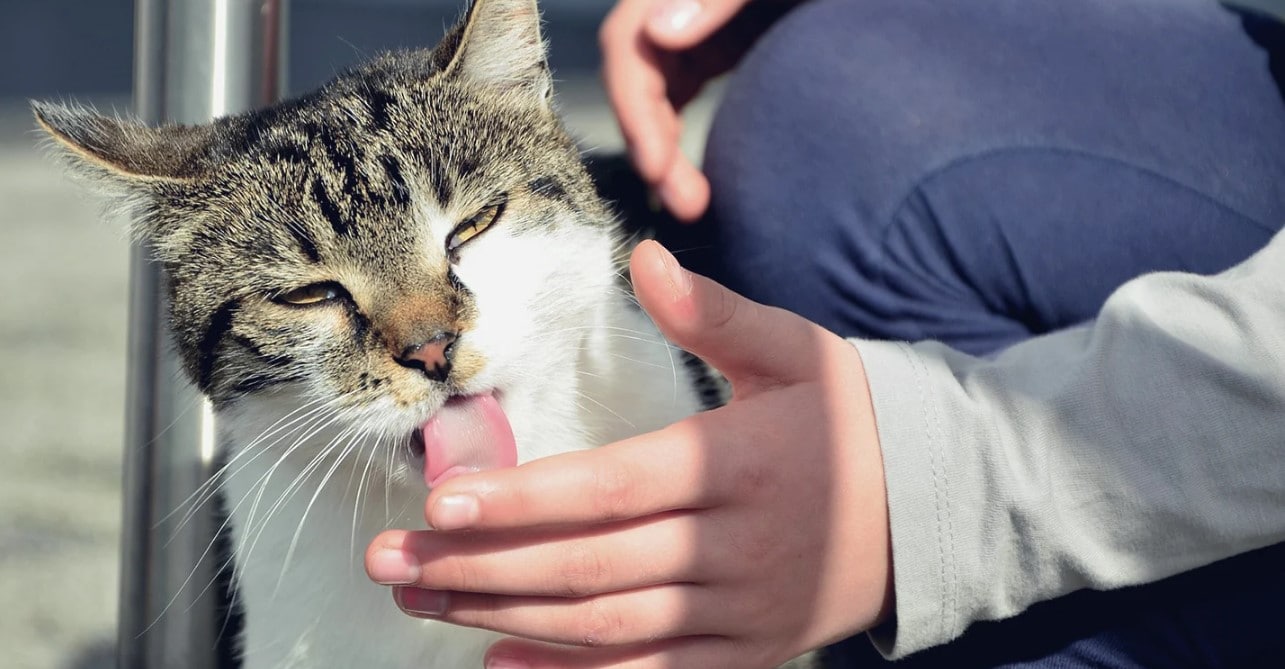 Because you have likely rewarded your cat’s licking by talking to, patting, or otherwise interacting with them while they lick you, your cat may have rapidly learned that licking gets attention. Now your cat is probably well aware that this activity will get your attention.

If your cat is worried or anxious, the licking could be a way for him to “act out” in trying to seek your attention. Your cat will lick you to try to get your attention as they want you to pet them, feed them, or pay attention to them. 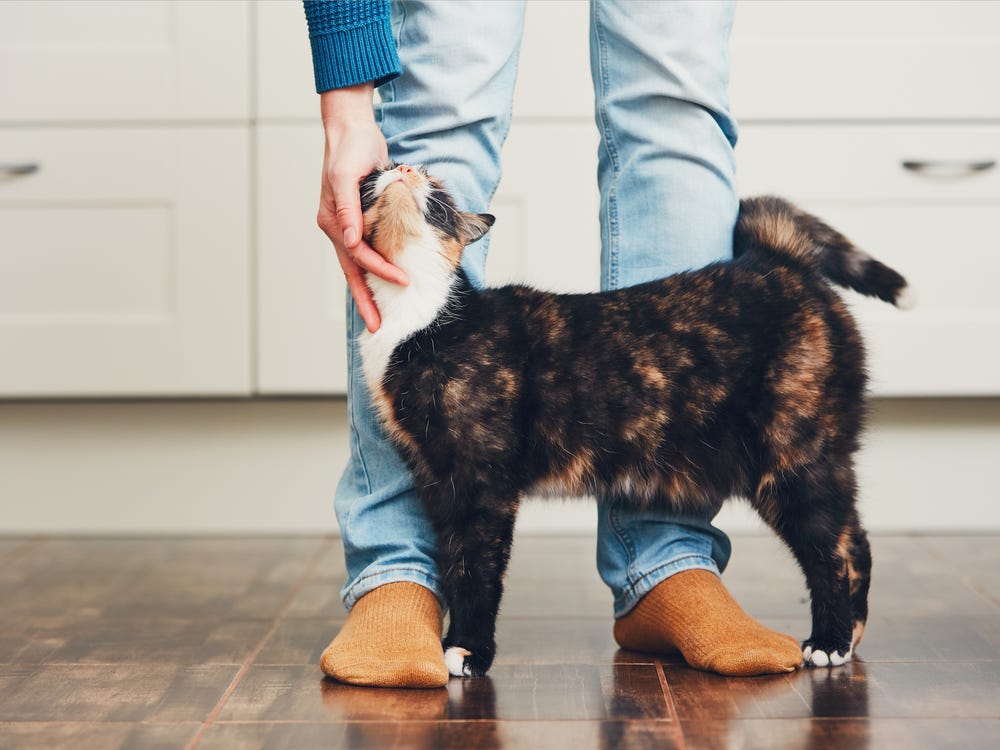 Your cat licks you to demonstrate affection, which is one of the sweetest reasons. Similar to your cat hugging you in your lap, this is a type of social bonding. Your cat may try to repay the favor by licking you in the same way that you show affection to it by touching it.

Kittens, in particular, will use licking to relieve tension in the same way as humans do with cuddles. If your feline companion licks you, it likely wants some affection in return. Which is, to be honest, one of the nicest aspects about having a cat. 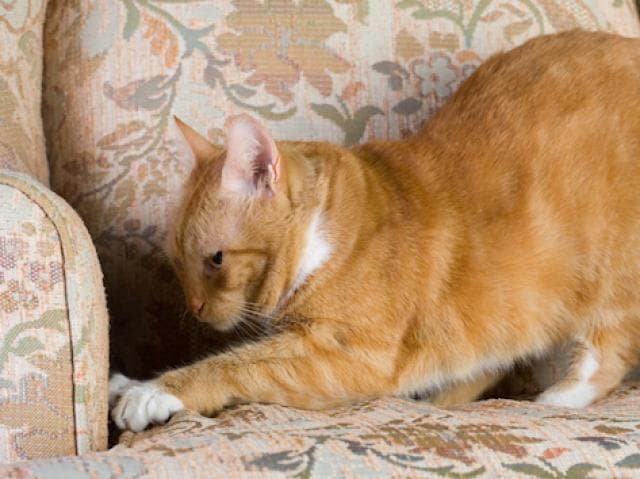 When your cat licks or rubs against you, it’s reiterating that you’re important to them and that they want the other cats to know it. You may notice that other cats avoid you at times; they likely detect a scent that you belong to another cat.

Sadly, in cats, licking can be an indication of nervousness or compulsive behavior. When the kitty is particularly stressed, she may begin licking compulsively. That’s a sign that she needs to be patted and cuddled to calm down. If your cat is licking incessantly, try giving her more attention and affection to calm her down and reduce licking.

Stress could be due to interactions with other animals in the house, loud kids, or something else. Discuss your cat’s licking with your veterinarian; they may want to inspect your cat to rule out any medical issues. Learn more about how to deal with a cat’s anxiety.

5. Part of the Family 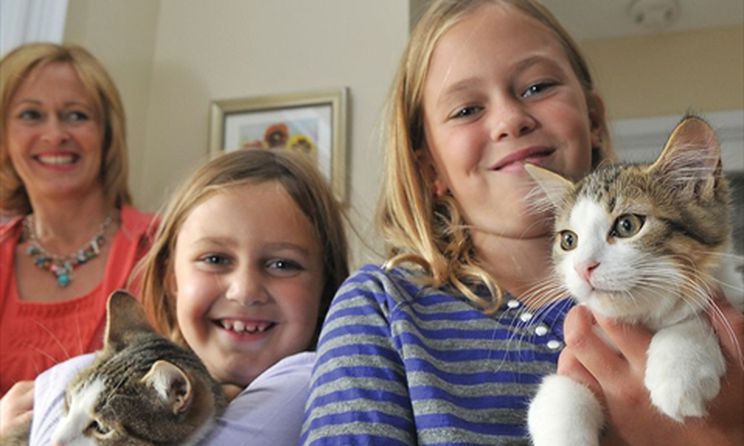 Many people joke that cats think they’re humans, and it’s easy to see why given how some cats treat their owners. A good example is a cat who, in an attempt to share tasty food, will leave dead mice or birds on its owner’s doorstep. Cats have even been known to offer live creatures to their owners in the hopes of teaching them to hunt. It’s apparent that many cats regard their people as not only members of the family, but also as incompetent cat owners. Female cats, in particular, will engage in this form of parenting or caring activity.

It’s possible that when cats lick you, they’re trying to teach you how to groom yourself. It’s a recollection of your cat being licked by its mother, and it’s a genuine expression of devotion. Cats are extremely sensitive to their owners’ emotions, so you may notice that your cat is more affectionate when you’re stressed or sick. Cats are seeking to calm your nervousness in the same manner that you would pet a scared cat.

6. To taste something interesting 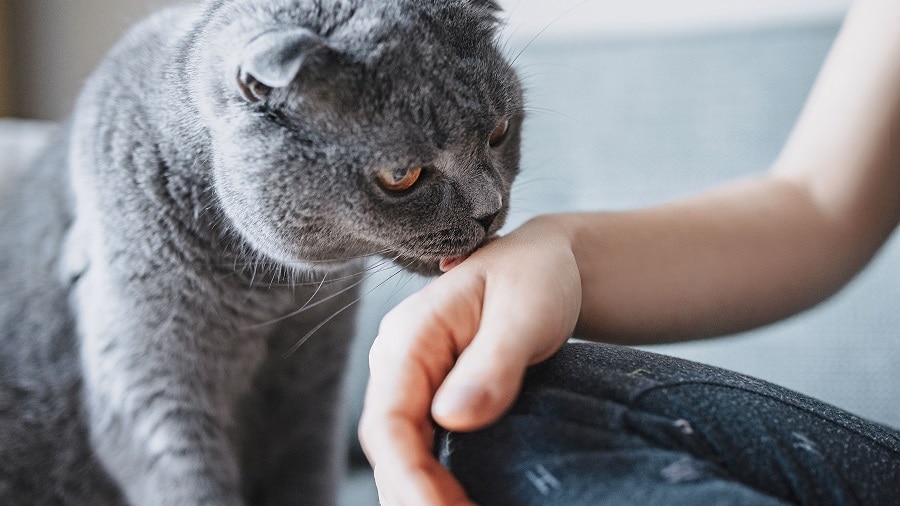 Your cat may be licking you because they taste something on your skin. You might have spilt anything or come into contact with something that left a taste on your skin that your cat likes. If it’s hot outside or you’ve been exercising, your sweat may have left a salty residue that your cat is attempting to taste.

Interestingly, even though cats’ tongues are designed for grooming, they have a far weaker sense of taste than humans. Cats are one of the few mammals that cannot taste sweets.

What if my cat is licking too much?

Because a cat’s tongue may be very harsh on the skin, many people eventually find their cats licking uncomfortable. There’s a biological explanation for this. The tongue of a cat can be used to sweep away loose hair, matting, debris, and fleas. The papillae, or little keratin spines, on the surface of a cat’s tongue, are spread out in a backward direction.

For a person, these spines are the equivalent of a hairbrush or comb. Understandably, a nice cat’s excessive licking can become irritating and uncomfortable. You can lessen the behavior with some positive redirection if your cat is not stressed and is merely licking you out of affection.

How to stop your cat from licking you? 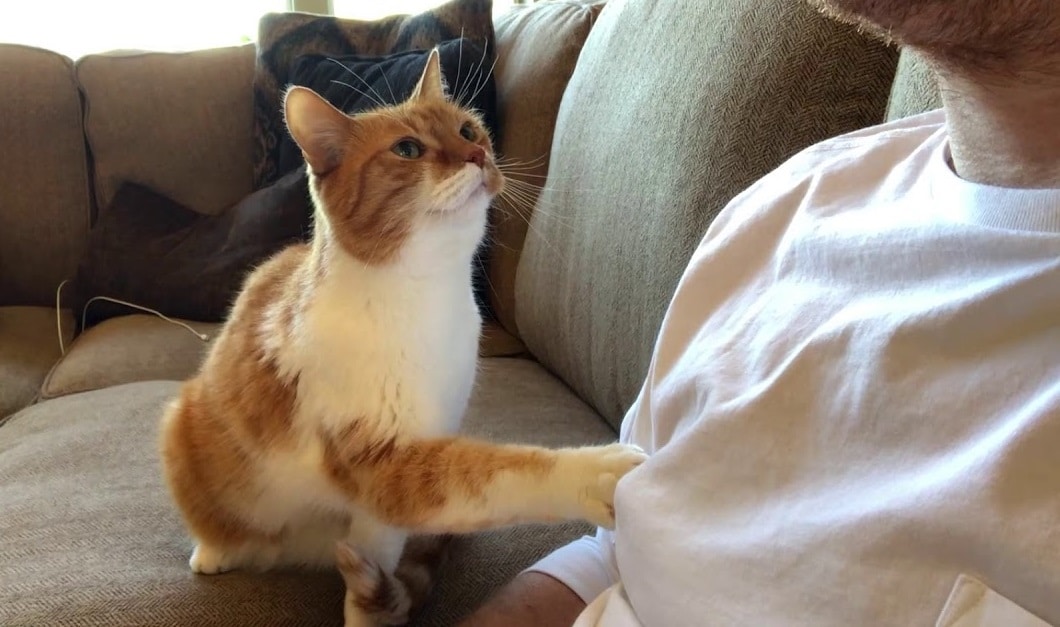 While most of us appreciate the rare lick from our cats, if your cat does it all the time, it might become annoying. Many cat owners wish to stop their cats from licking them without shoving them away or making them feel unwelcome or unappreciated.

To prevent making your cat feel this way, the best approach to get a cat to stop licking you is to ignore them. Your cat should eventually learn to identify this ignoring act with his licking, and the activity should eventually stop. When your cat interacts with you without licking you, praising, petting, or playing with them to promote the behavior.

Licking is normal behavior for your cat. We have listed above various reasons why your cat licks you. If your cat’s licking increases or becomes extreme, you should have them examined by a veterinarian to make sure there isn’t a medical or emotional issue at play.