What Is Catnip and What Does It Do to Cats? 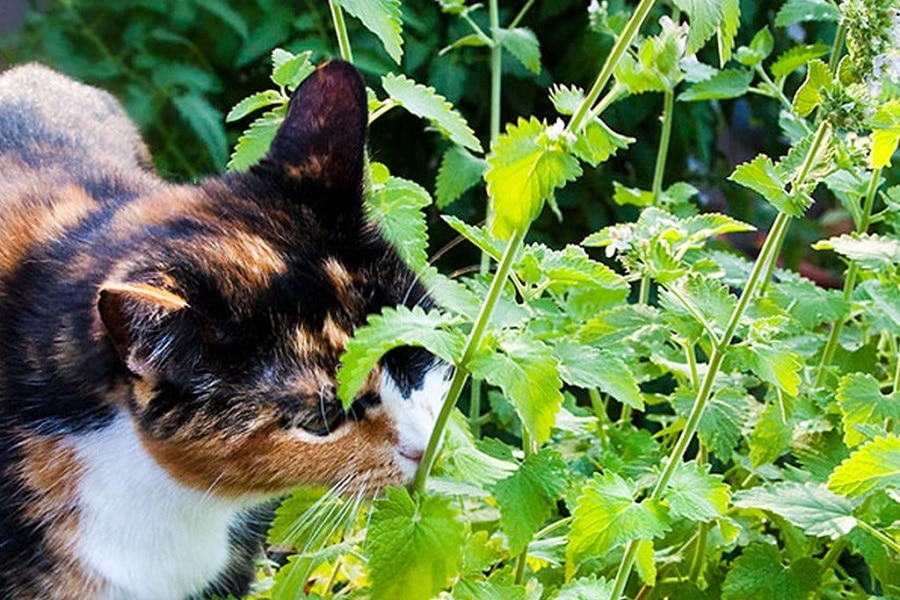 It doesn’t matter what you call it: catnip, catmint, catwort, or field balm. This fragrant herb is loved by lions, tigers, panthers, and even your cat.

Catnip has long been linked with cats, having originated in Europe and Asia. Cats of all sizes like this weedy, invasive member of the mint family, according to a study. But why do cats like catnip? Is it safe? What does it mean if your cat isn’t fond of it? When your cat gets catnip, she may act as if she’s in FELINE heaven, but catnip isn’t for everyone. 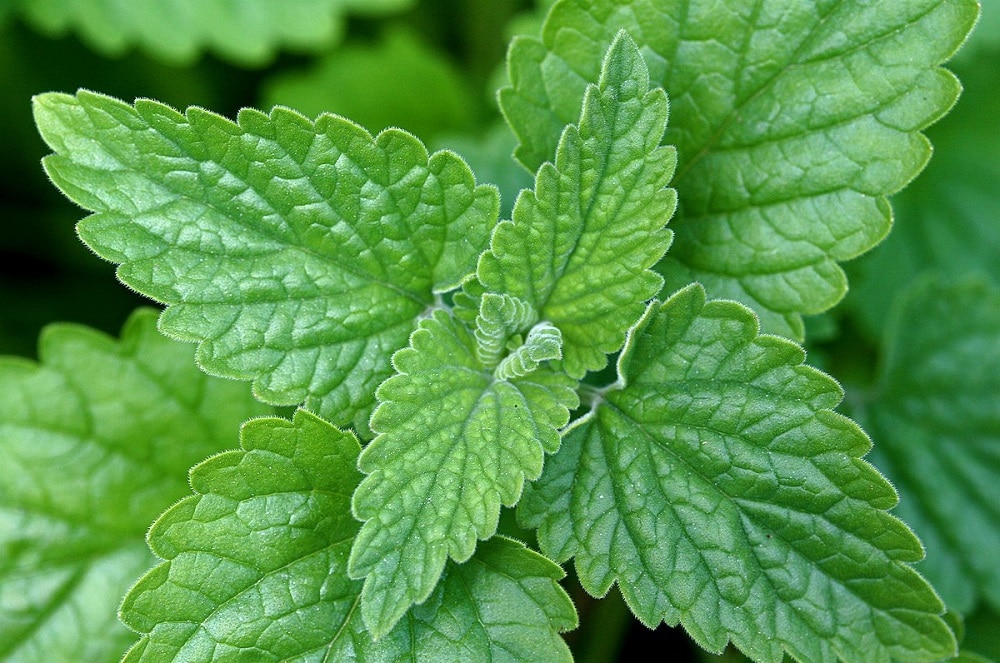 Catnip is a plant that belongs to the mint family and is formally known as Nepeta cataria. The active element in it is nepetalactone. This chemical (nepetalactone) is produced by the plant in minute bulbs that coat its leaves, stems, and seedpods. The nepetalactone is released into the air when these fragile bulbs rupture, which is why cats gnaw on the plant to release more nepetalactone. It’s native to Europe and Asia, but it currently grows wild along roads and highways throughout the country.

Catnip plants can be found in gardens or can grow wild in regions with plenty of sunlight and moisture.

In the roof of their mouth, cats have an extra scent organ called the vomeronasal gland. Smells gathered in the nose and mouth are conveyed to the brain via this particular channel.

The oil present in the leaves of the catnip plant, known as nepetalactone, has been shown to trigger behavioral changes in cats. To be exposed to this chemical, a cat must first smell the catnip.

Catnip mimics feline sex hormones, thus cats who consume it exhibit behavior that is similar to those of a female cat in heat (although both male and female cats can experience the effects).

Overt displays of affection, relaxation, and happiness are examples of these behaviors. Other cats will engage in active behaviors like playfulness or even violence.

Catnip can help reduce anxiety and possibly treat pain in cats that have had a pleasant experience with it.

If your cat will be home alone for an extended amount of time, some doctors recommend using catnip to help with separation anxiety.

Where did catnip come from? 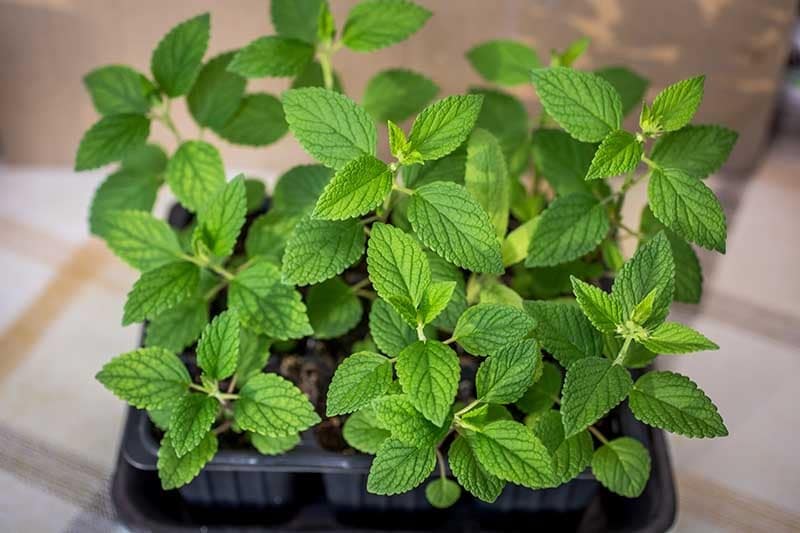 Catnip is a mint-like herb with the scientific name Nepeta cataria. It can reach a height of three feet. It originated originally from Europe and was brought to North America during European colonization. However, catnip isn’t the only herb that makes cats boogie. According to a study, valerian root, silver vine, and Tatarian honeysuckle have a catnip-like influence on cats’ behavior. Although these alternative herbs are safe.

Sniffing, licking, chewing, rolling, and rubbing their cheeks on catnip is a common reaction. Stretching, drooling, hopping, and hyperactivity are some of the other behaviors, while some may become quiet. Even if your cat exhibits these actions, the response is mediated by the olfactory system.

Can Kittens Have Catnip?

Catnip may not be acknowledged by kittens and young cats until they reach adulthood, according to a study. In cats, this could be attributed to an undeveloped vomeronasal organ or smell analyzer. Catnip may be unpleasant to some kittens until they reach adulthood. There’s no need to give catnip at such a young age because kittens are already quite active and can simply amuse themselves. 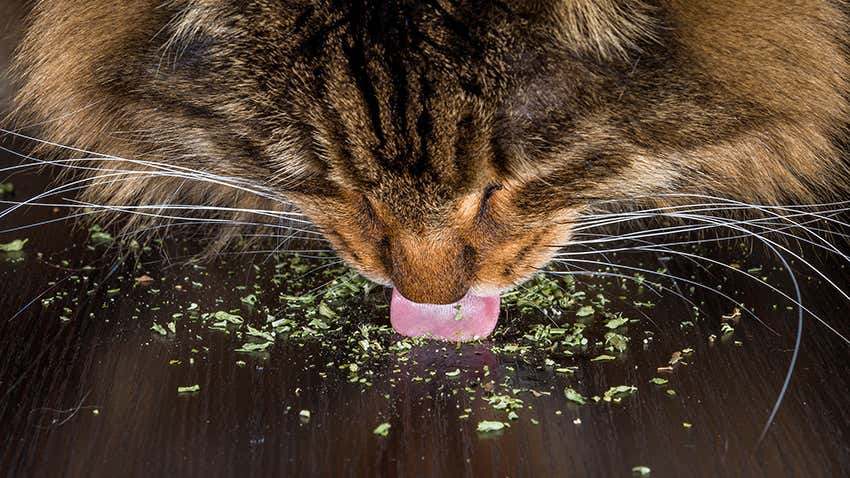 Nobody knows why it causes unusual effects in cats, but some experts believe it’s because the brain misinterprets them as cat pheromones, causing them to act wildly. Apart from that, it’s a natural mood booster, which could explain why cats love it so much!

How long does it last? 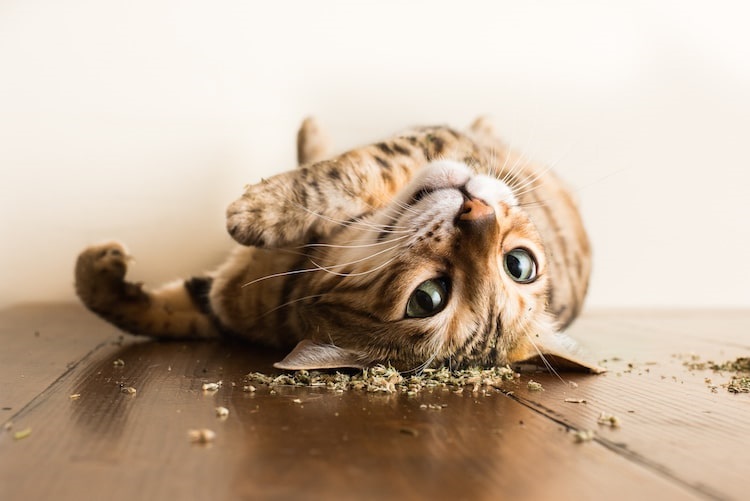 Catnip’s effects last about 5 to thirty minutes, according to a study.   According to research, just two-thirds of adult cats are affected by catnip, so it all depends on the cat. Catnip appears to influence about half of all cats, and the behavior that occurs varies greatly across individuals. It’s an inherited sensitivity that doesn’t show up right away.

Can Cats Overdose on Catnip? 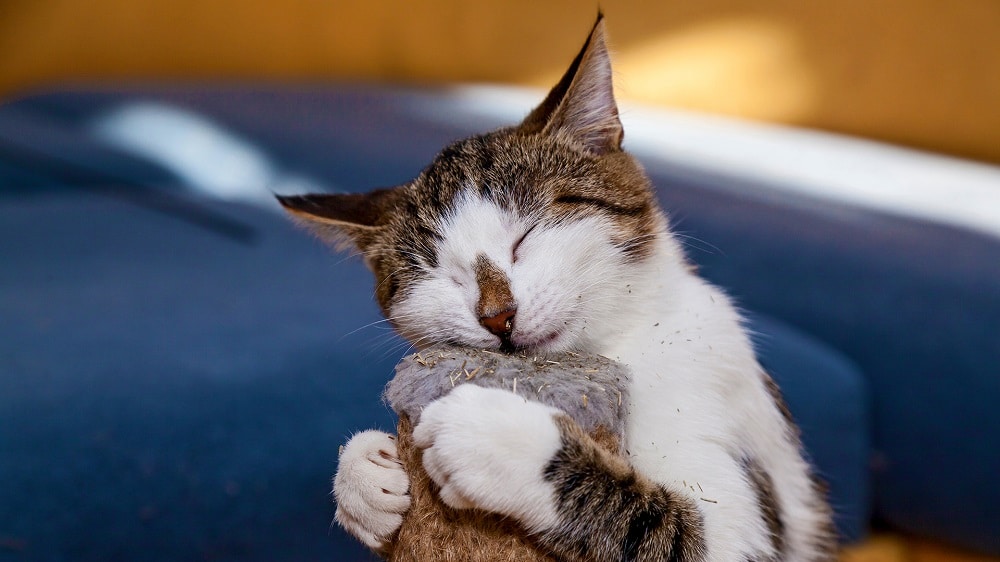 Cats cannot overdose on catnip, but they can become ill if they consume too much of it. When we give our pets something that has the potential to alter their bodies and minds, we must ensure that it is both safe and healthy for them. Even though many cats seem to like catnip, many cat owners have discovered that it causes serious problems such as vomiting and diarrhea. Catnip can create such a surge in stimulation in some cats that they become violent against their owners or other cats in the house. 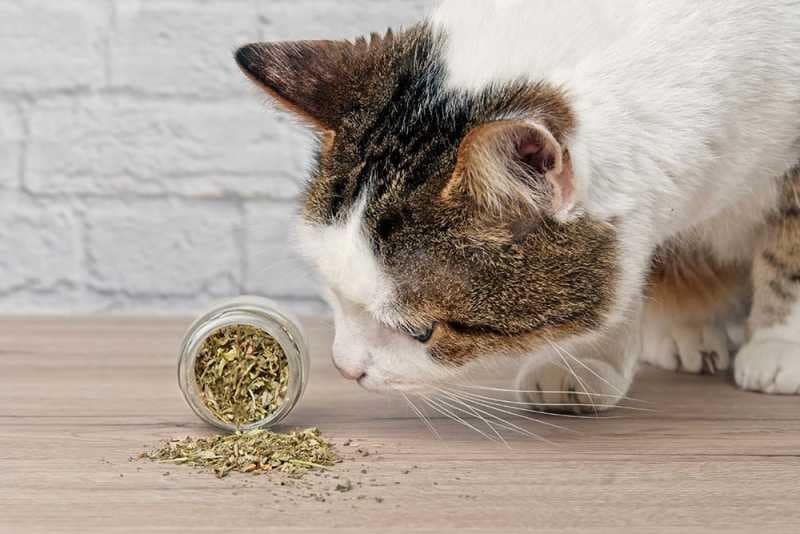 Yes, it is safe for both cats and young kittens. However, if they consume a large amount of fresh or dry catnip leaves, they may experience stomach distress, vomiting, or diarrhea. Cats are good at self-control and won’t overdo it if they accidentally get their hands on a catnip plant or a package of catnip.

It’s important to remember that, while catnip isn’t dangerous, cats can be wounded while zooming about the room. In any event, catnip should be given to your cat in moderation as a delightful treat now and then. Another reason to avoid using too much catnip is that it loses its impact after a while.

Catnip is a non-toxic plant for cats. However, if your cat is overly exposed to catnip, she may get diarrhea and vomiting. Limit her catnip exposure based on how she reacts to it.

Cats can also eat catnip and it is quite safe for them. They may develop slight stomach trouble if they consume a huge portion of the plant, although this is unlikely because most cats are drawn to the smell rather than the flavor.