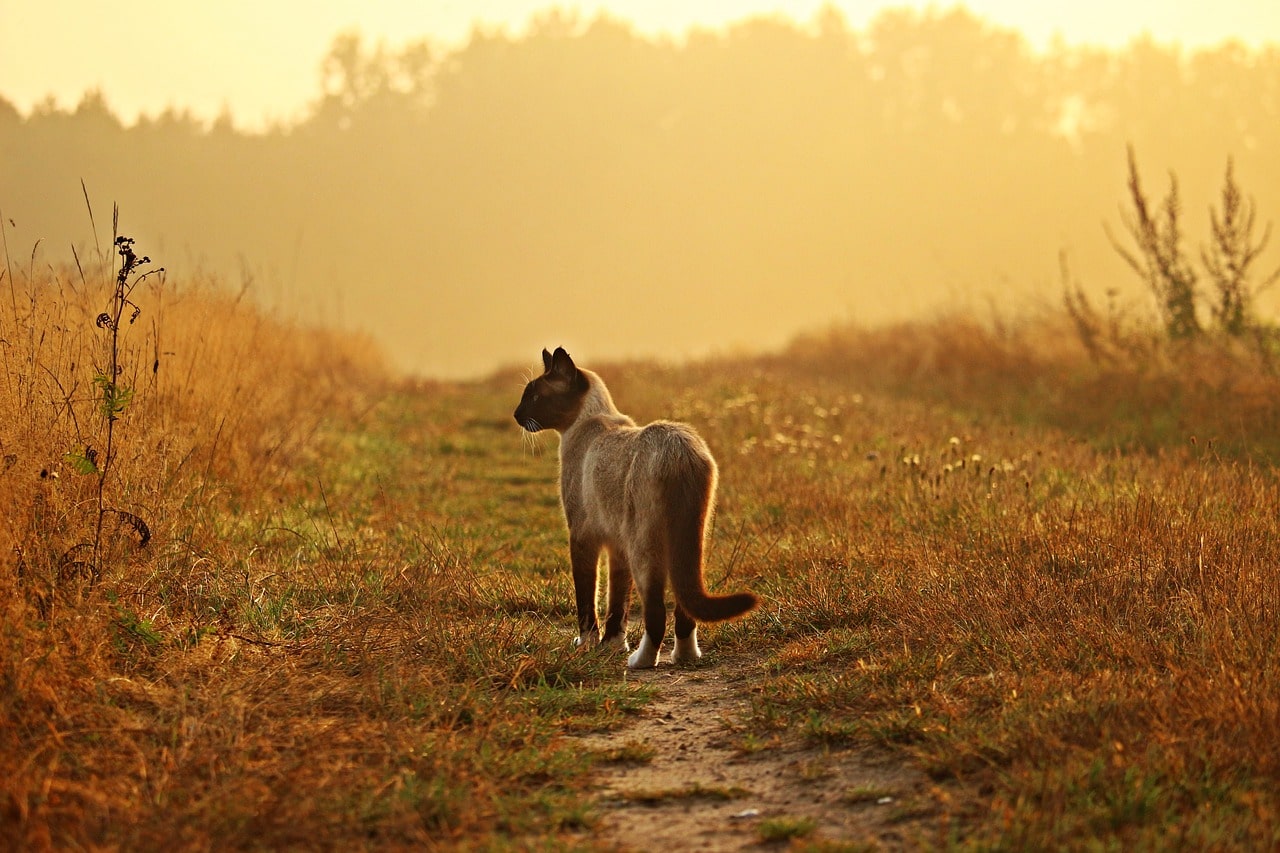 A natural breed in its sense, the Siamese cat is known to have a long and illustrious history. The Siamese breed has been tagged as Royal Cat or Palace Cat.

There are lots of mysteries floating around this Siamese breed which makes it unique in itself. The historical ties that are shared by this cat takes it through various exotic locations.

Siamese is considered to be one of the oldest Asian/Oriental cat breed. There are stories that hint at its origin from Siam or present day Thailand.

Siam or Thailand is known to be actual source of the name of this breed. Those days it was mainly referred to as “The Royal Cats of Siam”. Those days the Siamese cat was considered to be highly honored.

No one, except the royal people such as kings and queens were only permitted to own this breed of cat. There are a lot of stories revolving around this breed that defined its physical appearance.

One such story mentions how sacred these Siamese temple cats are. One of the cat was appointed to guard a valuable vase.

In an attempt to guard the vase, it curled its tail around the vase and continuously stared at it with so much intent that their eyes became crossed. Hence most of the original Siamese breed that you may come across would be crossed eyes one. 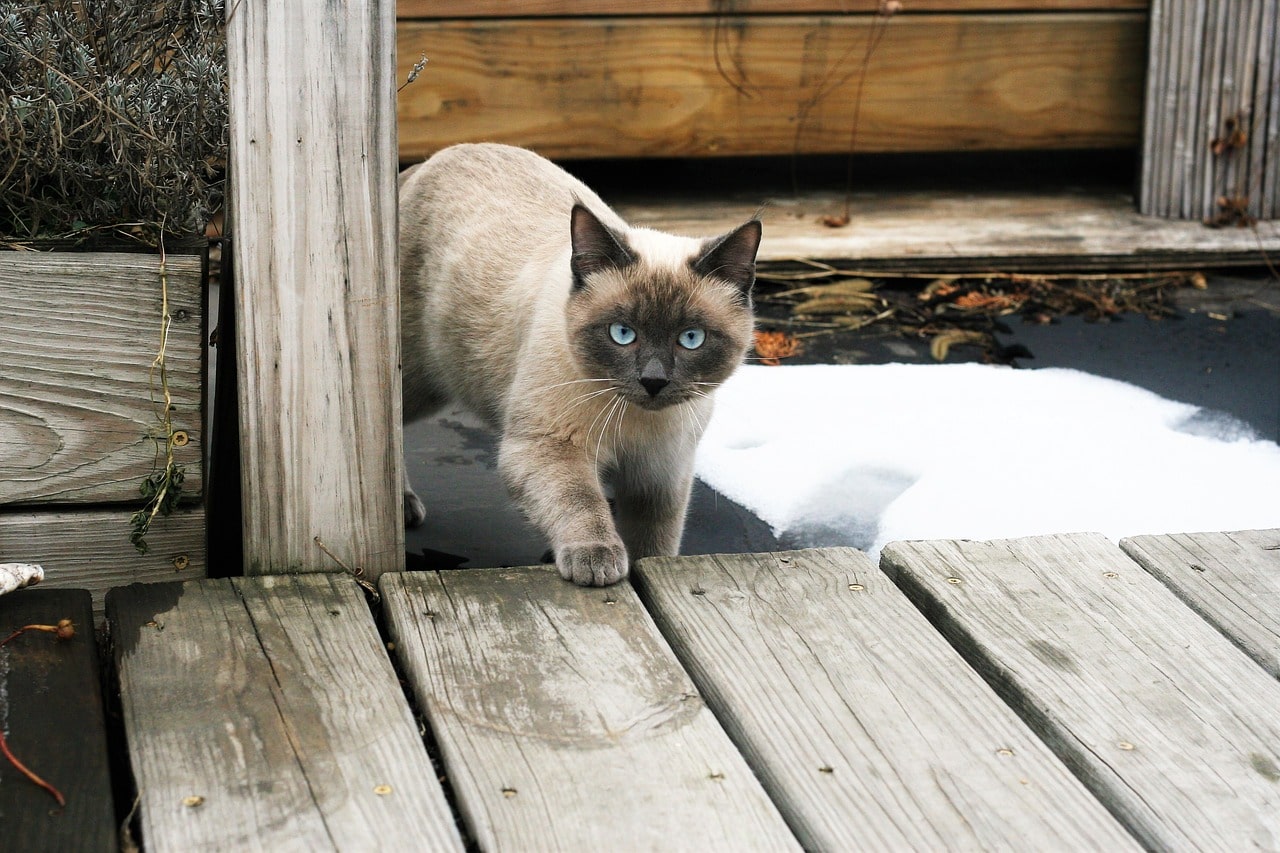 Image by liliy2025 from Pixabay

During the early British cat shows, it is not known how this particular breed entered the West. But gradually it led to a lot of changes in the physical personalities of the Siamese breed.

One of the authenticated Siamese breed that was sent to the West was in the form of gift. It was gifted to America’s president Hayes wife during the year 1878. But the cat did not survive for long post its arrival.

The modern day Siamese is nothing like the original Siamese cat. It is muscular and having a graceful body that is medium size. The hips are not wider than its shoulders.

Thus giving it a sleek and tubular line overall. The tail is longer and it tapers to a particular point. The ears are pointed and wide at the base.

The eyes seem to be almond shape and slanting towards the nose region. The coloring of the Siamese cat is basically determined by set of 8 different genes. There are also modifier genes wherein the fur of the cat is patterned in a particular way.

The gradual shift that was being carried out in the selective breeding had led to changes in the appearance of the breed. Hence now if you compare the original breed to today’s breed, you may find a lot of difference.

Kinked tails and crossed eyes is something that is rare in today’s Siamese breed. The fur of the original Siamese was said to be darker as opposed to the modern Siamese cat.

The modern age Siamese cat are known to be grey, lilac and light brown in color. Due to the introduction of these modern Siamese cat, the original gradually disappeared from most of the cat shows.

But you may still find some breeders would continue to breed and also register the original Siamese breed. This would help in saving the original cats from getting extinct.

Due to the popularity of Siamese cat both in the East and West world, it has led to a lot of breed iterations all around the globe.

Few of the breeding programs ensured to focus on certain physical appearance of the cat and at the same time adding in some new physical traits. For example, new hair color patterns were introduced to the existing class points of these cats.

Such diverse changes within the breed itself makes it extremely impossible and at the same time challenging for creating an accurate genetic profile.

The true genetic mystery of these Siamese cats is still cloaked as mystery. From being royal pets to bringing them in the modern world, they have undergone a lot of genetic changes.

You would still come across the modern Siamese cats in most of the cat shows with its unique physical appearance. Not to forget that the tips of these cats is temperature controlled.

Due to the temperature sensitive enzyme, the cat is known to develop color only on those parts of the body which are cool. The warmer part of the body is pale. Hence Siamese kittens are all white when they are born but the body tends to develop points as they grown older.