Is It Normal For a Siamese Cat to be Cross-Eyed? 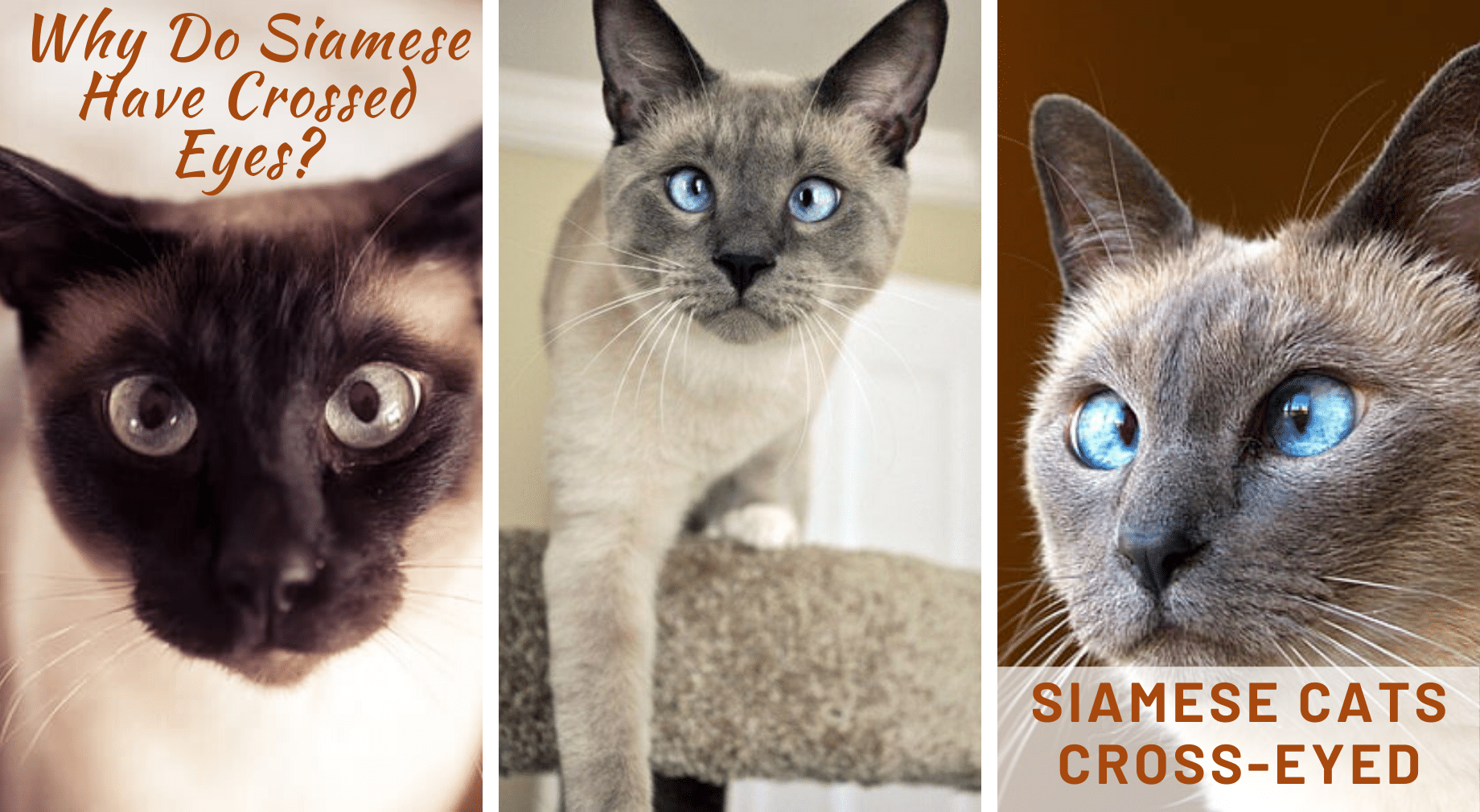 The glittering and moon-like eyes of the most famous and peculiar feline group are a condition that is pretty common in the Siamese cats.

The hypnotism in their eyes is a reflection of the magic in their eyes. Have you ever come across the cute nerdy looking cats that are cross-eyed?

If yes, the probably met the goofy bunch of Siamese cats. Ever thought why! Well, while most of you must have encountered the same, not many may have pondered about why they look like this.

Due to its marked and estranged features, the Siamese cats are also sometimes called the pointed cat.

The Legend: The Tale Tells It All:

The enigmatic appeal of the cats has evoked certain responses from the realms of the folks and folklore. Many believe the physical trait to be a consequence of different legends associated with it.

And if the legends are to be believed, a group of Siamese cats was responsible to guard a golden, royal goblet. The myth prevailed then that the cats looked at the goblet with such dedication and intensity that their eyes crossed.

Also, the bent in their tails is also the result of the same. They protected the goblet with their tails to provide it with extra security, that their tails inherited the shape forever.

Now, who knows the truth of the matter! But the enchanting aura of the cats continues to ignite the imagination of people, making it one of the most popular breeds.

The Science Behind it:

Genetics paying a major role in modifying the appearance of the Siamese cats, they are not solely responsible for the same. Nerve damage can be another cause for rendering a cat cross-eyed.

However, the percentage of the same may be very small.

Although there is still no certainty the origin of the Siamese cats, it is considered that the cats hail from Thailand around the 14th century, when they first featured in a Thai manuscript, making them one of the oldest breeds.

Being the natives of Thailand, which was earlier known as Siam, there are two types of the Siamese cat: The ancient breed, which is called the Thai cat, and the new or modern Siamese cat.

The ancient cats stand true to their features i.e. cross-eyes and kinked tail, the modern-day version may be with or without the same.

The Condition and its Causes:

Also known as Strabismus, the cross-eyed condition in the cats is mostly genetic. To explain the condition further, the muscles that attach directly to the eyeballs are not exactly of the same length on each opposite side.

The difference can be in the length or the strength of the muscle, which can either be smaller or weaker than the other one.

The cats, other than their different appearance, are also sleek, which helps differentiate them from others. Their coats, depending on the genetics, come in different colours.

Other than their magnificent coats that are inherited, the Siamese cats also have other traits, which make them a unique breed. So the answer to the question put above would be that it is a common sight that the Siamese cats are cross-eyed and it is absolutely normal.

Genetics is the primary reason for this condition in Siamese cats. Such cases are also harmless and have no effect whatsoever on their overall quality of life.

However, if this condition develops later in life, due to a prolonged illness or nerve damage, they must be diagnosed. The condition may also be a result of an injury resulting in eye trauma.

Sometimes, it is a consequence of some defect from birth, which impairs the vision. Some virus common in the feline group can also have a damaging effect on the cats. Other reasons for the same can be cancer of the brain, failure of the nervous system etc.

Does this Trait Make the Siamese Cats any different From the Rest of the Lot?

While the cross-eyes might be just as common in the Siamese cats as any other feature in the other breeds, it definitely does not make them less of a cat.

They are not really affected by being cross-eyed. Initially, when the cats were first introduced to the West, they were neither appealing nor welcoming. Many people found the cats to be ugly and didn’t want them.

So if you have a Siamese cat, which has the same condition of having pointed eyes, you need not worry! The reason why the people in the West decided to breed the cats out was purely due to their aesthetic tastes.

The cats can function just like any other breed. They have no problem in seeing or keeping up with their focus. In fact, later on, the cats became immensely popular that famous people from all over the world owned them.

The Role of the Breeders:

It is completely normal for a Siamese cat to be crossed –eyed, or at least it used to be considered natural until a few years back. The condition is rather rare now, especially when it comes to the modern Siamese.

The breeder’s play a major role in this since they tend to remove the defect that leads to this condition.

The Sudden Onset of the Cross-Eyed Condition in Siamese Cats Can be Diagnosed:

If your cat is cross-eyed because of any reason, which is different than being born with the condition, a veterinarian can diagnose the same. All you need to do is to show the cat’s full history record to the vet.

This will only facilitate the process of diagnosis. The vet will then do the required examinations that will help him gain an insight into the physical or neurological conditions of the cat.

The necessary examinations will help the vet get a clear and a better picture of the malfunctions in the eye, ears or reflexes. Other reasons leading to the cross-eyed condition like leukaemia or caner can be tested by way of blood tests.

So the next time you bump into a Siamese cat, remember that the creature is absolutely fine, rather is loyal, intelligent, loving and protective.