Why Siamese Cats Have Blue Eyes! 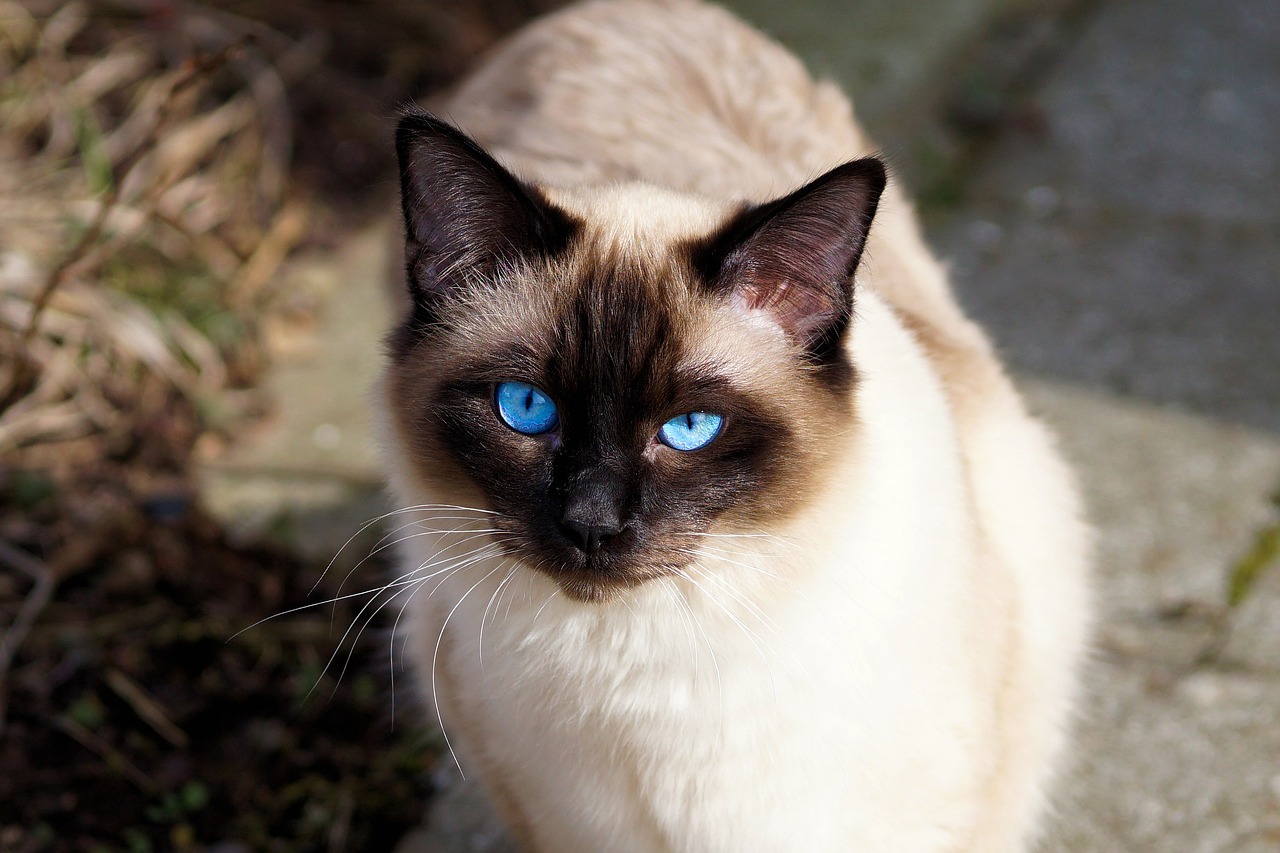 Siamese cats are known for their elegance and beauty. Their unique fur patterns and striking blue eyes makes them one of the most beautiful cat breed.

These cats have origin from Siam (now Thailand) and they were once considered as royalty figure in ancient kingdom of Siam. The most beautiful thing about these cats is their vivid blue eyes.

It is because of their genes that call Siamese cats with any color pattern to have blue eyes.

Their blue eyes are a result of recessive genes. Both males, as well as a female cat, should have the gene for the cat to present with blue eyes.

This is Why ALL Siamese Cats Have Blue Eyes

All Siamese cats have a type of albinism though they do not look like traditional albino animals. The gene responsible for the blue eye colour in Siamese, however, represent temperature albinism. They have a Himalayan gene in them which is sensitive to heat, so the colour on the core of their body is different than their legs and tail.

When a Siamese kitten is born, they are all white but when they get older, they develop several body points. Also, the gene is sensitive to heat and because of this, you will notice their body color is different than their legs and tail.

Due to this albinism, Siamese cats have pointed coat which is darker in the extremities and lighter in the torso. This albinism also extends to eye color.

So when you notice carefully, you find that the shade of blue eye changes in different environments.

Now the question arises is that if there no colour in Siamese eyes then why do they have blue eyes? The reason is the same as that for our sky which also appears blue.

Color blue has the shortest wavelength and this is the reason blue scatter more than colours with longer wavelengths. This is known as Rayleigh scattering. The blue light is the main light that bounces around the stroma layer and this is the colour we see.

Though the point to notice is that according to Newton and the rainbow, the violet have the shortest wavelength and Siamese should have blue eyes but again due to human biology the sky doesn’t look violet to the naked eye and same is the reason for Siamese cats eye.

Our eyes do not see the colour violet very clearly and that is why blue colour appears to us. Now is it also interesting to think about how other creatures might see them.


The albino gene that causes the blue eyes causes the eyes and brain to lack proper communication. Because of this neurological issue, few Siamese is crossed eyes.

Though, today breeders have eradicated the crossed eyes in modern Siamese cats with selective breathing. Now due to albino gene there is another problem with the eyesight of Siamese cats. This problem is that their night vision has not been improved over time as their eyes do not have the extra layer necessary in the eye.

As breeders want to have the blue eyes on Siamese cats, there this is unlikely to change.

Many breeders consider the bent tail as a defect; however, as the time passed iconic bent tail of the traditional Siamese cat have also disappeared.

Here it should not be considered that they do not see anything in dark but there are some limitations to it. As many other cats breed can see even see small features, Siamese cat may only see a basic shape.

As other cats have another layer on their eyes called the tapetum lucidum, it is absent in Siamese cats. This layer provides the perfect setup for large amounts of light to get through the retina. Because of the absence of this layer, Siamese cats receive less light into their retinas.

Due to this, they have imperfect eyesight during both the day and night, yet it severely limits night vision.

Do all Siamese cats with different colour points have blue eyes?

Yes, all Siamese cats with different colour points have blue eyes since they all share the same gene in them. You won’t find any Siamese cat that has eye colour different from blue.

Since Siamese cats have albinism gene in them, they have health problems. They have a shorter life span than many other cat breeds.

They can also develop other health issues such as mammary tumours, feline OCD, and Feline Hyperesthesia Syndrome. They may also develop lung issue so it is necessary for you to watch kittens closely for lung issues.

Image by Andreas Lischka from Pixabay