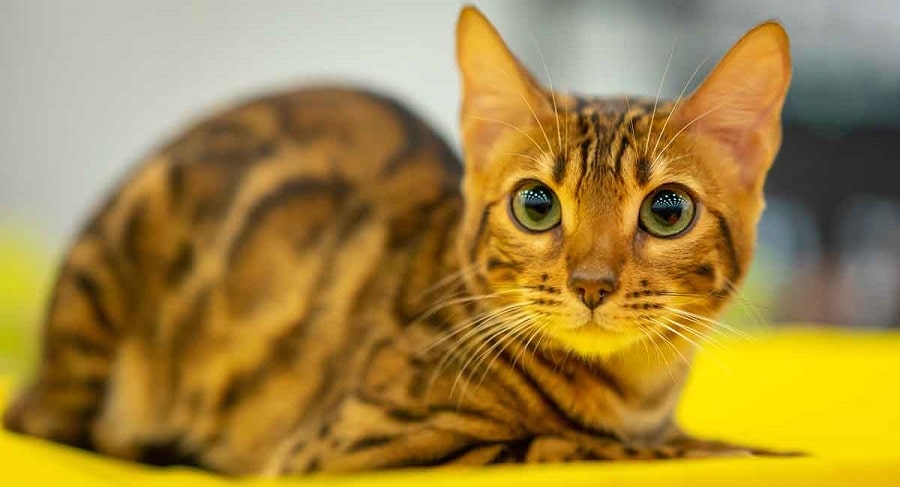 The savannah cat is a mix between a domestic cat and an African serval. The savannah was named after the habitat of the serval and its beauty mirrors the lush glory of Africa’s golden plains.

The savannah is a tall, slim cat with long legs, large ears, and a long neck, similar to its wild parent. It has a speckled pattern on its coat, as well as some bars, on a golden background. 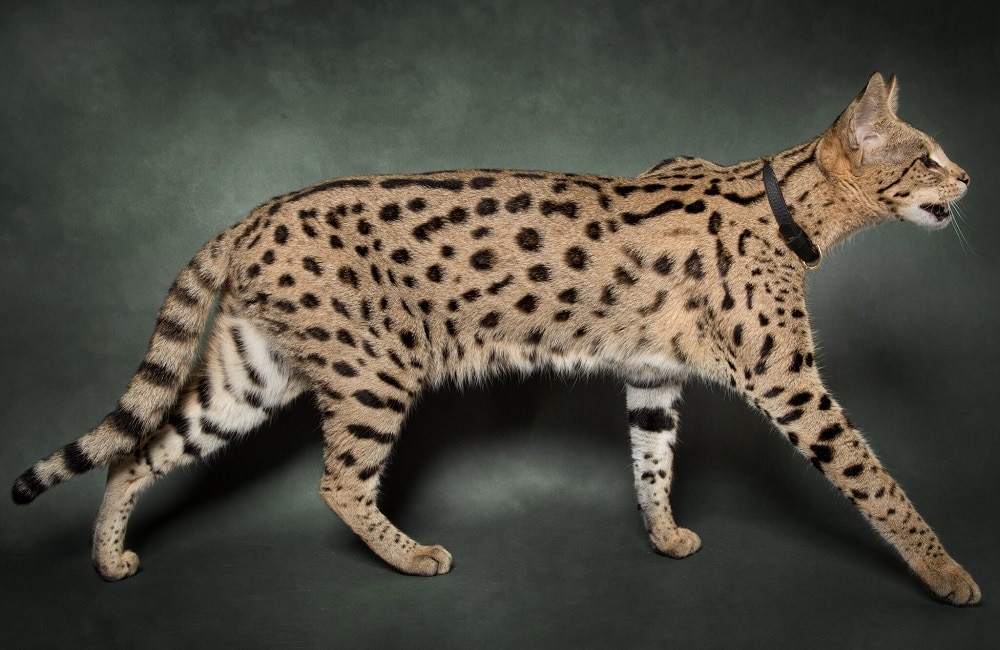 The Savannah is categorized as a medium-sized breed. Her weight fluctuates between 8 and 20 pounds, sometimes even more. Males are significantly larger than females.

Savannah cats have a tall, thin frame and a beautiful spotted coat that makes them look like small cheetahs. Savannahs are the world’s tallest domestic cat, standing 17 inches tall, according to the Guinness Book of World Records. Their size and weight are entirely determined by how many generations a cat is from her wild serval ancestor.

The Savannah has four distinct coat colors: black, brown spotted tabby, silver spotted tabby and black smoke. Their coat is short, dense, and easy to keep clean with a fast brushing once or twice a week. 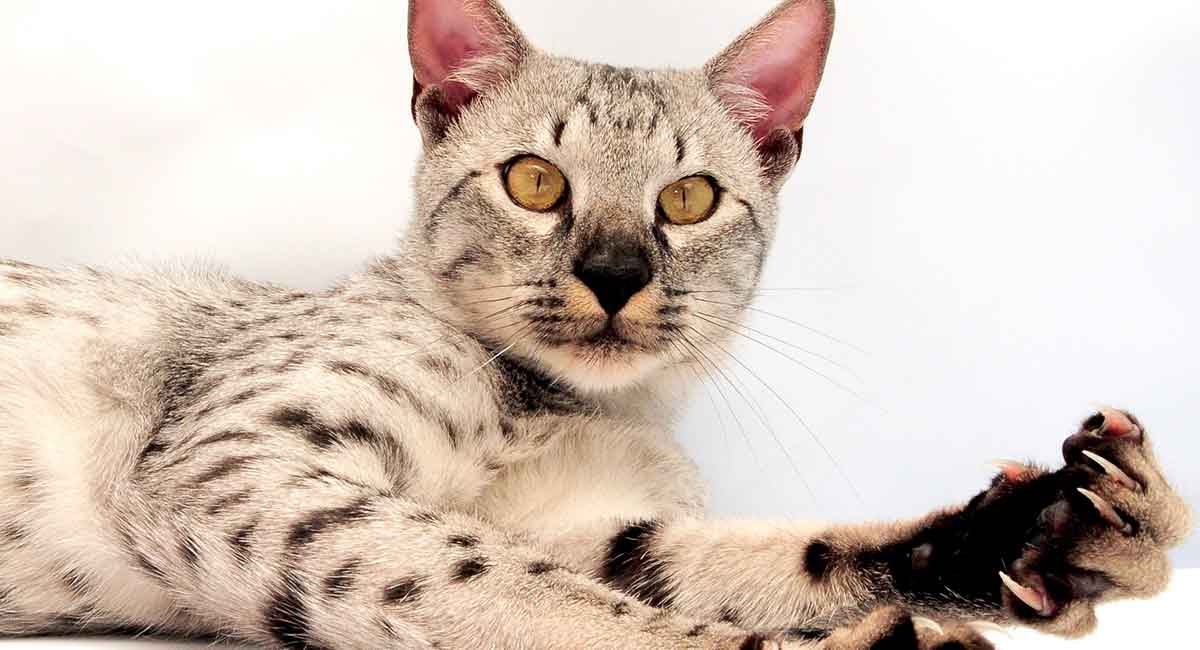 Savannah cats have another feature that distinguishes them from other breeds: their eyes. Savannah’s eyes are slightly hooded and almond-shaped, with a dark tear duct line, giving her a striking, friendly-yet-piercing glance. The color of the eyes usually matches the color of the coat, however, this isn’t always the case. 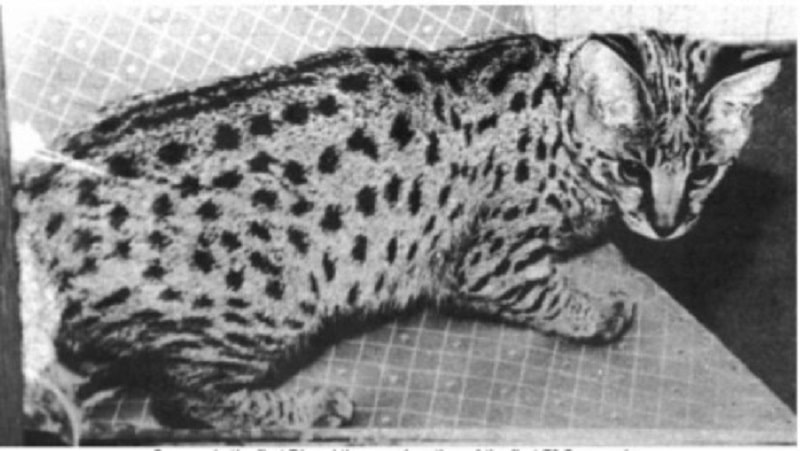 The Savannah cat began to be bred in greater numbers in the mid-eighties. It was created by breeding a domestic cat with the African Serval, which has such a strong influence on Savannah’s appearance. The first Savannah cat was born as a result of this mating.

Patrick Kelly, a well-known breeder, saw the kittens and was impressed by the novel mixed breed. Along with Joyce Stouge, another renowned cat breeder, he went on to establish the Savannah as a separate breed. They saw potential in the initial coupling of the domestic cat with the African Serval and set out to make the breed more uniform.

The International Cat Association, or TICA, did not recognize the Savannah as a breed until 2001. The GCCF has yet to acknowledge it, even though it was granted Championship status in 2012. 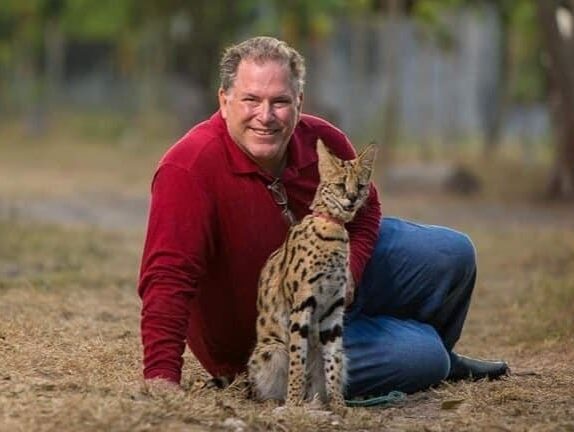 Regardless, the lovely kitty is extremely popular, with demand increasing year after year. They’re becoming increasingly widespread in homes all across the world. 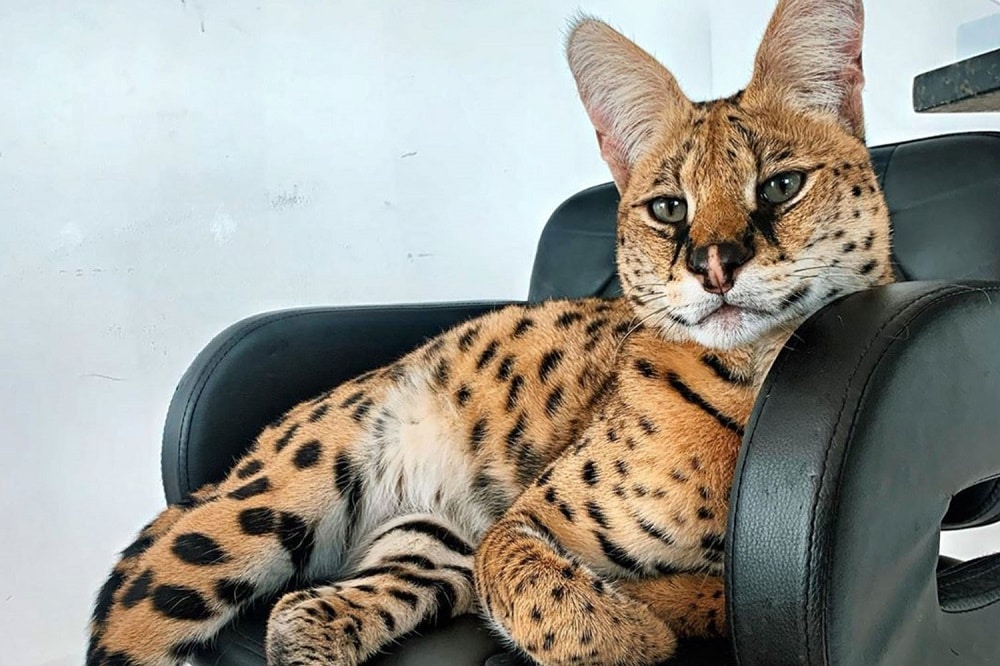 This is an active, daring feline who prefers to live life on the fast track. Her athletic body enables her to leap to great heights, and her inquisitive nature causes her to enjoy leash walks, seek out water to play in, and thoroughly investigate her environment. This cat is self-assured, vigilant, inquisitive, and friendly.

The Savannah cat is sometimes described as more dog-like than cat-like, as it is always looking for new challenges to investigate. These slender and athletic felines adore water and will gladly leap into the bathtub with you or splash around in a kiddie pool. Savannahs are also easy to train, and some owners choose to walk their cats on a leash and take them on adventures outside. 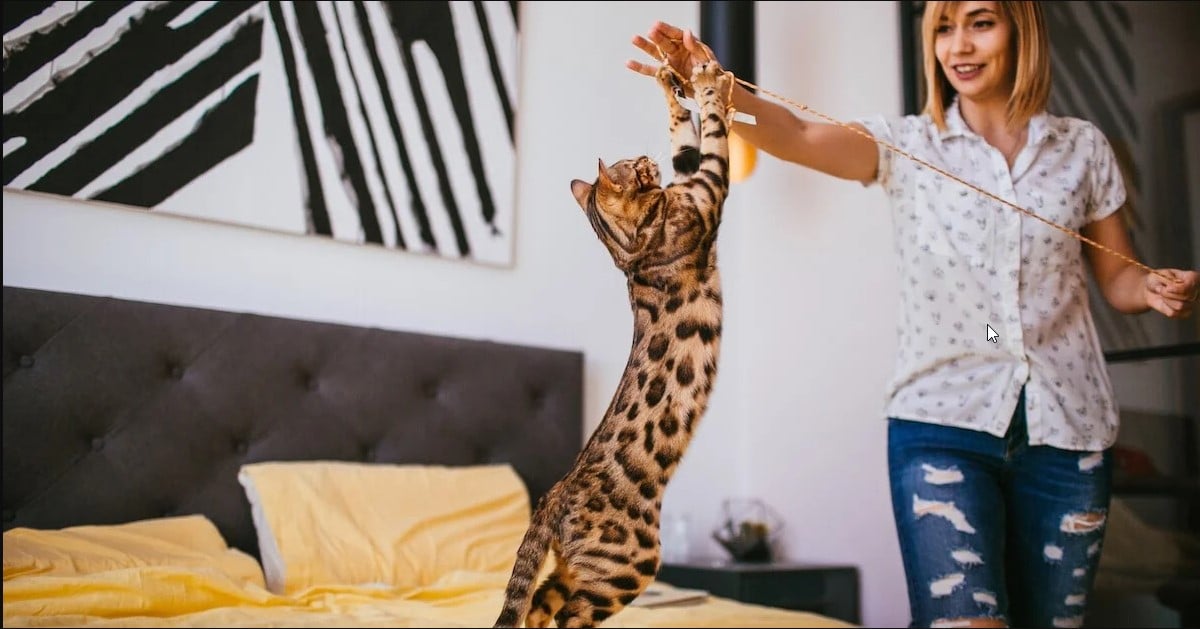 It’s crucial to socialize your Savannah kitten because these large house cats can be afraid of strangers. Savannahs, like canines, are extremely devoted and will follow their favorite humans around the house just to be with them.  They have a reputation for being noisy, with a wide range of vocalizations, but this isn’t always the case.

Plan to spend a lot of time interacting with Savannah if you want to live happily with her. Make sure she has fun toys to keep her occupied when you’re not around. When she does things you like, reward her, and divert her energy and interests when she does things you don’t. Put special items out of reach to keep them safe. Choose a different cat if all of this sounds like too much work. 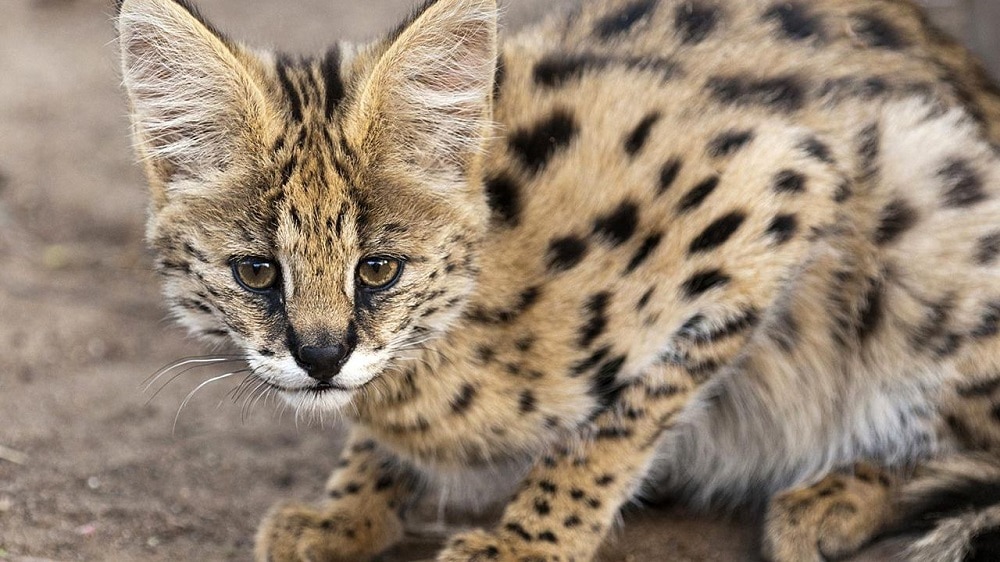 Savannah cats are generally healthy and should receive the same preventative care and treatments as other cats.

Hypertrophic cardiomyopathy is more common in them than in totally domestic cats. The left ventricle of the heart thickens in this common cat heart ailment, which can lead to heart failure. Also, until the F4 generation or later, hybrid male sterility is to be expected. 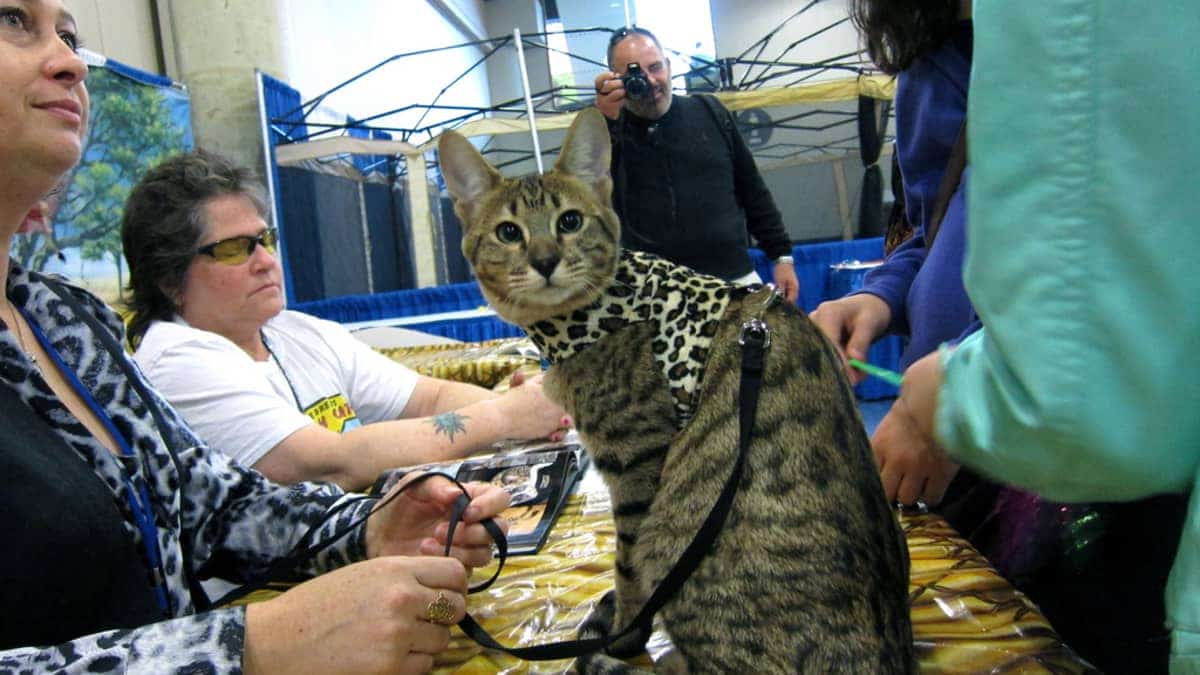 Savannah cats can live a long life since they are hybrids, and little is known about what health concerns they are prone to, if any, however, they are susceptible to normal feline diseases. They can live for 12–20 years, so taking home a Savannah is like bringing home a lifelong companion.

Fun Facts about them

Q. What is the cost of the Savannah cat?

A Savannah Cat from the first generation can cost upwards of $20,000. Later generations’ costs are substantially reduced, but they might still exceed $1,000.

Is it possible that these cats are dangerous because they are 50% wild? F1 Savannah cats are friendly cats and love human company.  They may, however, represent a threat to smaller pets in the house, such as rats, birds, and fish, due to their intense hunting instincts.

Because cats are unable to produce the important amino acid taurine, they require a high-protein diet. Cats who don’t get enough taurine in their diet are more prone to develop dilated cardiomyopathy, have visual problems, get UTIs, and have other health problems. Savannah cats are no exception, with most breeders agreeing that they require more taurine than the normal domestic cat.

Because of their bright, caring, and cuddly nature, the Savannah cat breed might be one of the most gratifying cats to bring into your house. They’re also extremely attractive creatures who will get a lot of attention.