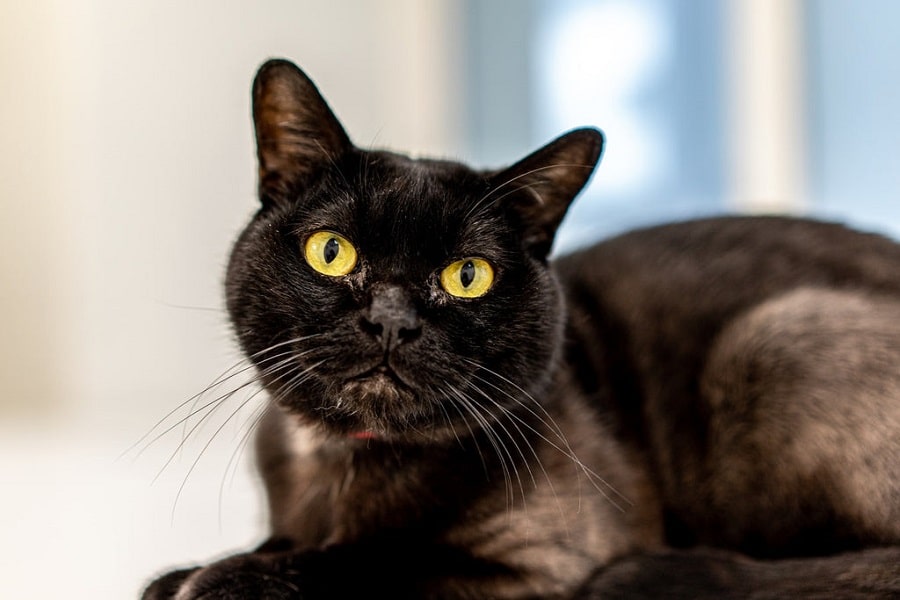 The Bombay is a cross between the Burmese and the black American shorthair and was created to resemble the Indian black panther. The outcome is a cat that looks a lot like a huge jungle cat but doesn’t have any wild blood in his genealogy.

The Bombay combines the best qualities of both parent breeds, offering the toughness, devotion, and intellect of the Burmese while being less loud and having a stunning solid black coat.

The appearance of Bombay Cat Breed 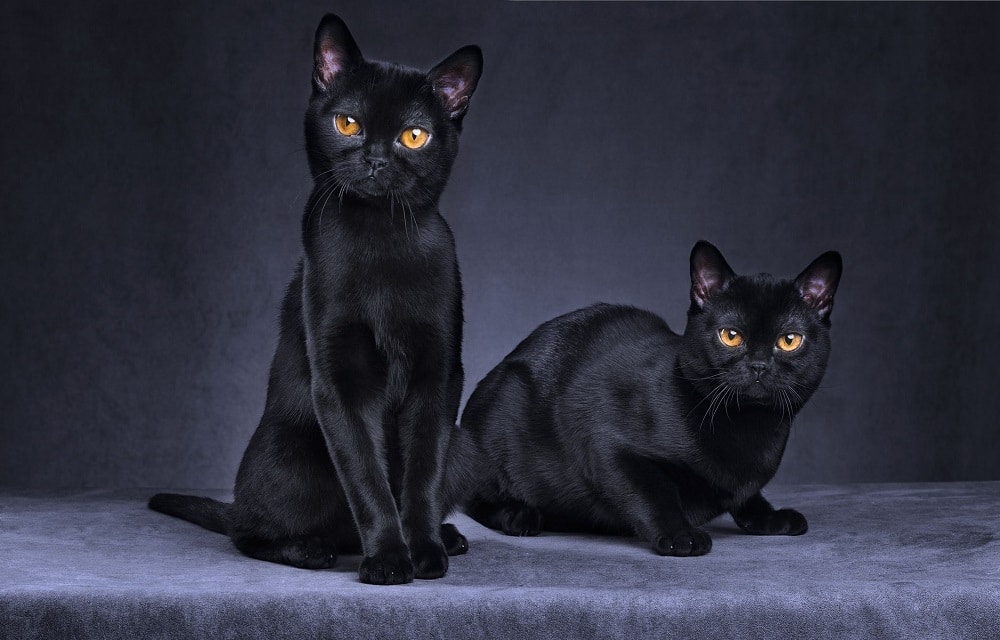 The Bombay is a medium-sized cat. When you lift her, you’ll notice that she’s a lot heavier than she looks.  This breed is stocky and small, but it has a lot of muscle and strong boning. The Bombay is round in shape.  The head is spherical, as are the tips of the ears, the eyes, the chin, and even the feet. The Bombay has a similar appearance to the Burmese, but is a little less stocky and significantly longer. They have a round head, short, round-tipped ears, and medium-sized, circular eyes that range in color from gold to copper. 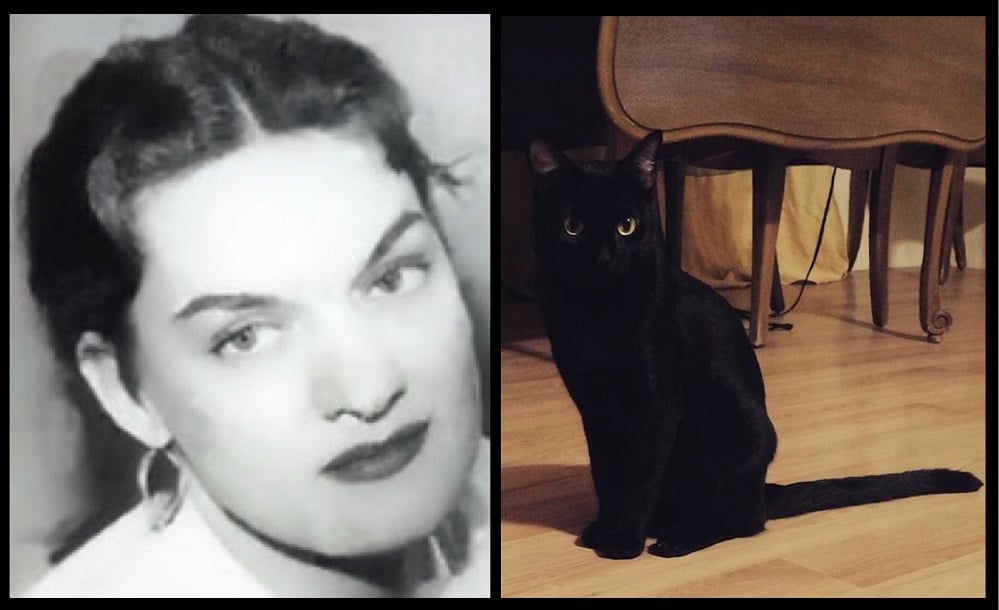 The Bombay, named after India’s exotic port city, has no ties to the subcontinent and was produced by crossing sable Burmese and black American Shorthairs to resemble a small black panther.

Beginning in the late 1950s, breeder Nikki Horner of Louisville, Kentucky, is credited with producing the Bombay. Her dream cat was a sleek, gleaming black cat with a powerful build and a pleasant demeanor. With crosses of Burmese and black domestic shorthairs, British breeders were able to attain the same look and personality.

The personality of Bombay Cat Breed 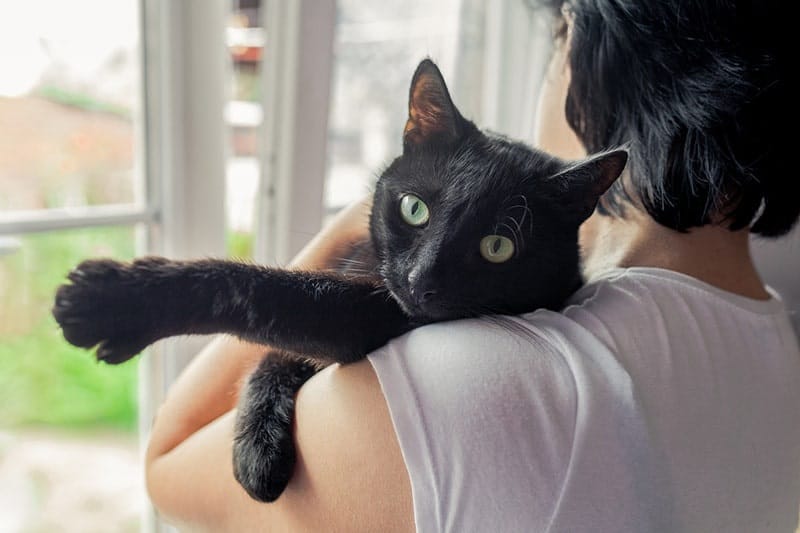 Younger Bombays are lively, curious cats who adapt quickly to new situations. They enjoy looking at the world around them at any age, and their favorite spot is generally a window where they can view the world outside. These cats are extremely affectionate and will demand time with their parents at times.

Bombay is infamous for jumping on someone’s lap and spreading her lovely body across the newspaper they are reading. Some Bombay’s, on the other hand, can become a little too calm as they get older, preferring to watch rather than participate in activities.

Bombay’s are known for their fetch skills, and some have even learned to walk on a leash. This is a playful, intelligent cat who will thrive in the hands of a family prepared to teach him tricks, play games with him, and provide him with plenty of interactive toys. Its peaceful demeanor makes this breed a decent apartment pet, and the cat is adaptable to living with other animals or kids. 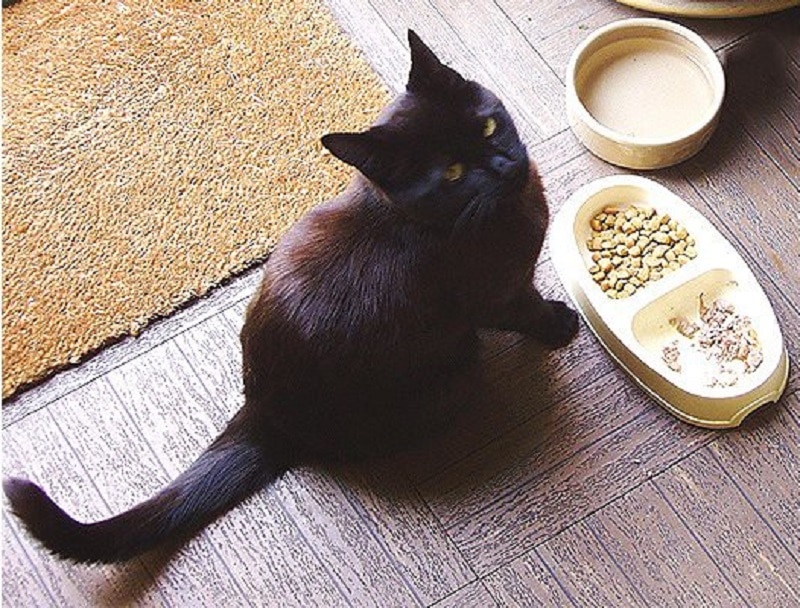 Although Bombays are generally healthy, it’s always a good idea to keep an eye out for diseases that could damage the breed. Hypertrophic cardiomyopathy, one of the most frequent feline diseases, also affects Bombays. This is an abnormal thickening of the cat’s heart wall that can be fatal if left untreated.

They can also acquire a variety of illnesses and disorders from their Burmese ancestors, such as a susceptibility to craniofacial deformities in Bombays. Excessive tear production and respiratory issues are also possible in some cats.

The Basics of Bombay Grooming 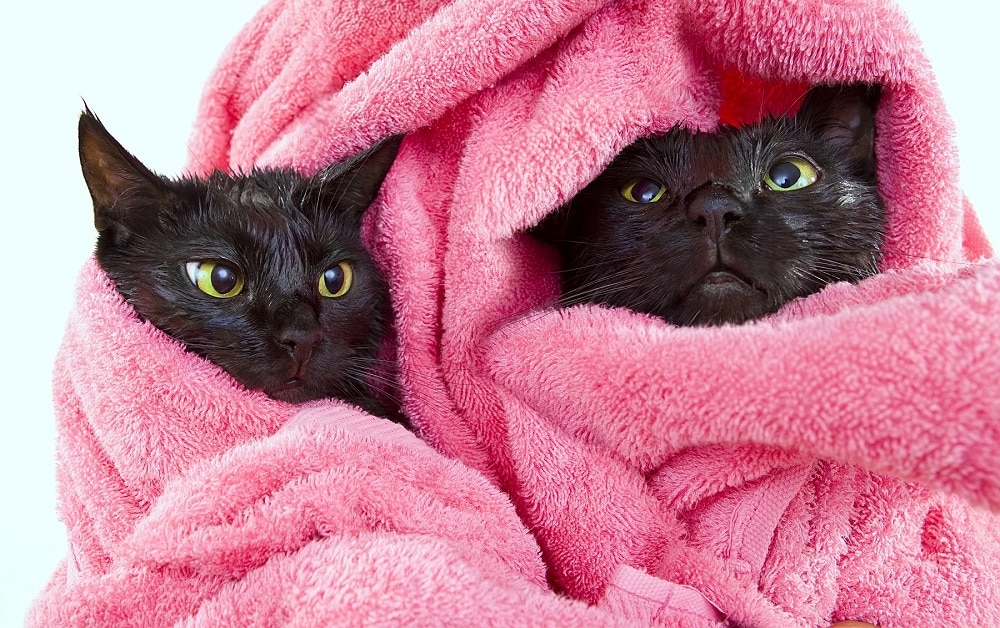 The Bombay has a short coat with lustrous, silky hair that sheds very little. With weekly brushing, the coat is simple to maintain.

Bombay’s only other grooming requirements are weekly nail clipping and ear washing only if the ears appear filthy. Use a gentle cleanser that your veterinarian has instructed.

Brushing, nail clipping, and teeth brushing should begin early in your kitten’s life so that he or she gets used to it.

Bombay cats are frequently confused for Burmese cats, even though Bombays are typically larger.

Though their name is Bombay they do not have any link with the city in India with the same name.

Bombays are notorious for seeking out the warmest locations in the house, so they’ll frequently curl up under blankets, in your bed, or under the sofa.

Some Bombay kittens are born completely white. Within the first year, the coat darkens.

The solid-colored coat of Bombay isn’t the only black thing. Their whiskers, noses, eyelashes, and footpads are all a deep shade of black.

A: No, it is not an Indian breed. They have unusual appearances and tend to have enigmatic personalities. It’s practically a magical experience looking into their eyes, thus they had to be called after a place that would adequately describe this beautiful cat. They take their name from Bombay, India’s fascinating port city.

Q. How much does a Bombay kitten cost?

Q. Are they completely black? 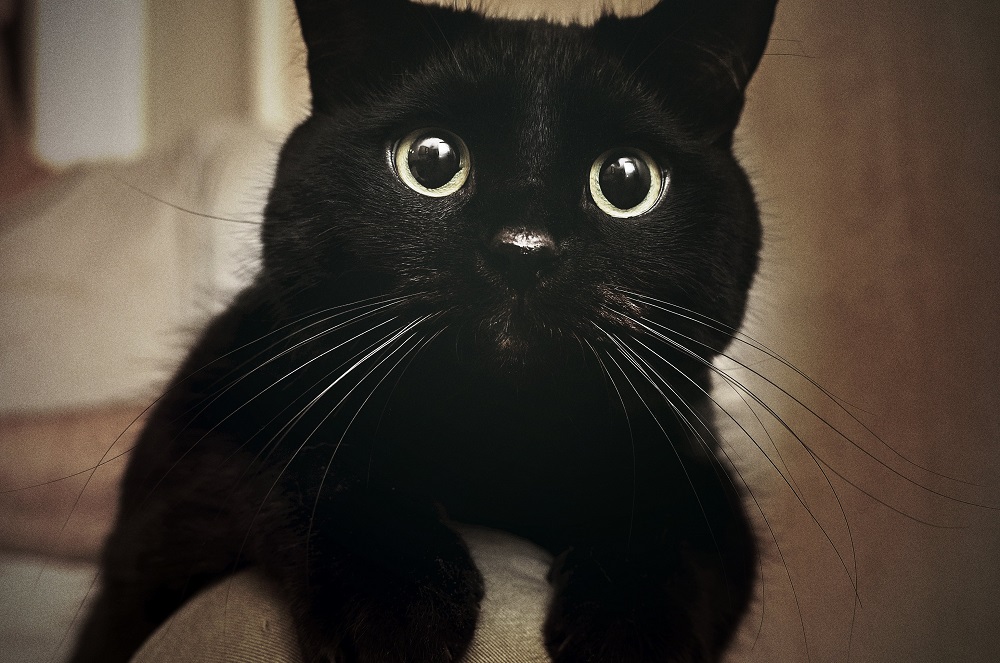 The Bombay cat is a beautiful domestic cat breed with a wild side, known for its stunning black coat and jewel-like emerald eyes. The Bombay has a lot going for it, from its low-maintenance grooming requirements to its easy-going, social demeanor, which makes it ideal for homes with several pets or kids.

The Bombay is the cat for you if you’re seeking a sociable, affectionate cat that also happens to look like a parlor panther.