Black Siamese Cat - Is There Such A Breed? - Siameseofday

Black Siamese Cat – Is There Such A Breed? 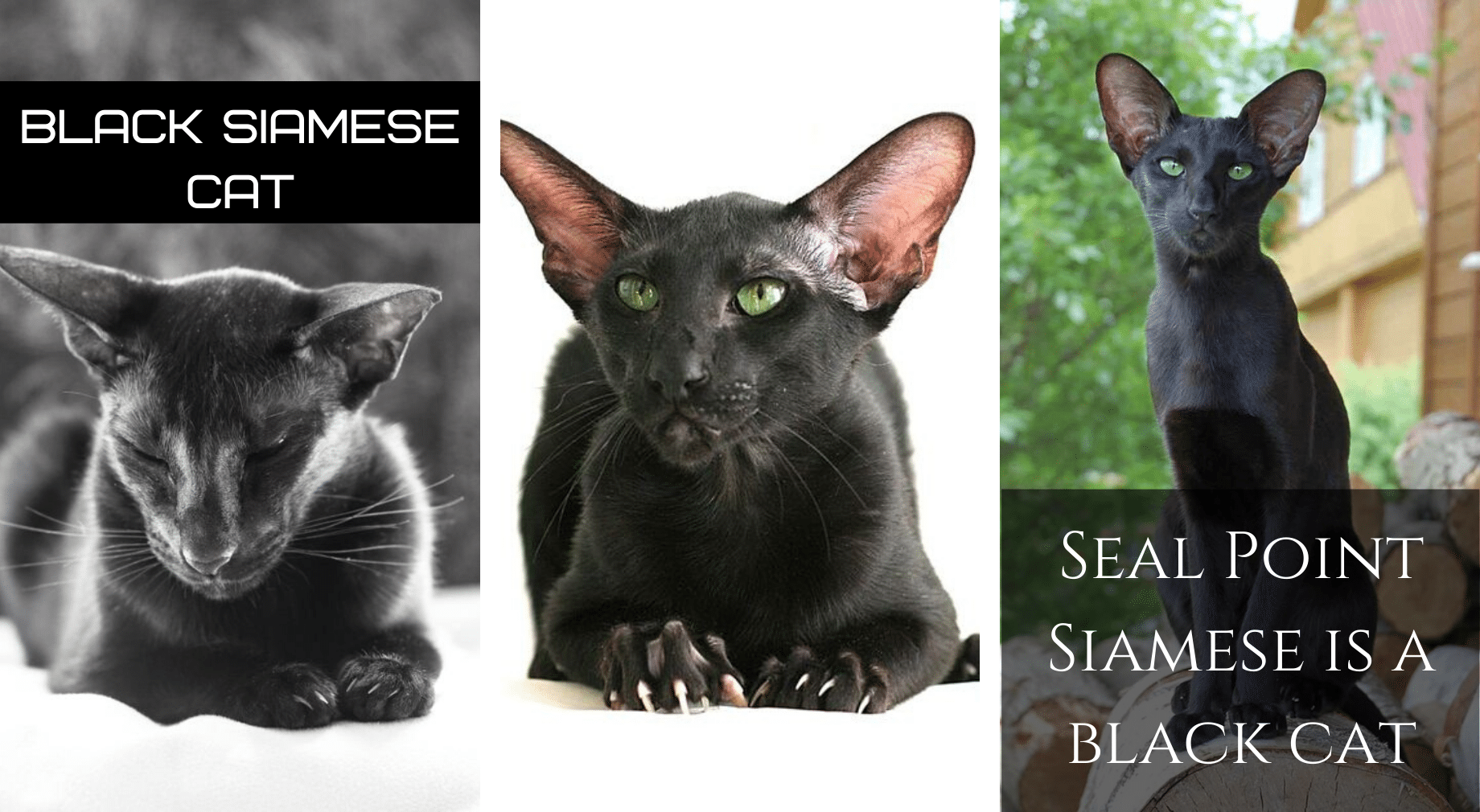 Siamese cats are known for their beauty and elegance. They are the most popular choice among cat lovers and are best known for their silver-grey colour with bright blue eyes. You can easily recognize these cats by their sleek bodies, triangular-shaped head and from their tiny almond eyes.

These beautiful Siamese cats are also much popular for their unique colour points which contrast with their white or cream bodies. These Siamese cats are not only beautiful but they are highly intelligent too. You can find them in brown, orange, cream, and even a blue coloured coat.

The original colour of Siamese was seal point but now they also exist in blue, lilac and chocolate shades. It is now possible that you may also see Siamese cats with red points, dark brown points and in other variants too.

The one thing which is most common among all the Siamese cats is that they all have darker points on the tail, face and legs, with a light body. But the question is that have you ever thought of a Siamese cat in a Black colour coat? Yes while they do exist in black but they are very rear to find. 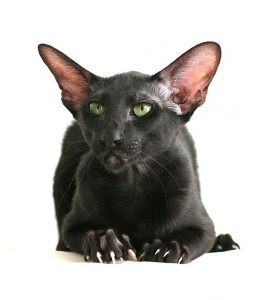 Siamese cat’s colouring and points originate from a certain colour gene and that gene is known as a Himalayan gene. The Himalayan gene causes partial albinism and is heat sensitive. The meaning of heat sensitivity is that the cooler the area darker will be the colour.

Now, this is the reason that all Siamese cats are born white and later they develop dark points around the face, tail and legs. Because of this Himalayan gene, these cats have blue eyes.

As mentioned above, the Himalayan gene is the reason Siamese cats have different colour points.  In the womb where the temperature is warm, the Kittens colour always remains white but when they are born they get exposed to a certain temperature and then they develop the darker colours.

In fact, all the Siamese cats are born white and the colour gets darker when they get older. Now because of this Himalayan gene, these Siamese cats develop darker colour in the cooler region of their body and the same gene allows the warm areas to remain a lighter colour.

From this, one thing is clear that all Siamese cats are born white and there cannot be an all-black Siamese cat.  Their colour can get darker in cooler months of the year but they will never become all one colour.

How to inherit Himalayan Gene?

In case if anyone of the mother or father do not carry the Himalayan gene, the eye colour of the kitten and whether or not the cat has colour points can be variable. The chance that kitten will have the colour points in the body will depend on the following information.

So, is there any such thing as a black Siamese cat?

Because oriental cats do not have the Himalayan gene in them so you won’t get them in blue eyes. Since the eye shape of both oriental and Siamese cats is same but instead of blue colour eyes, oriental cats have a shade of green.

So if you see a cat with black colour then you are probably looking at an oriental cat. The body features of an oriental cat are the same as that of Siamese but they do not carry that Himalayan gene in them. So the point is that a cat with pure black fur cannot be a pedigree Siamese-but all of the various oriental breeds.

As these cats share some common ancestry they look pretty the same in size, shape and body features. In order to get a crossbreed Siamese cat, you can mate a black oriental cat with a Siamese cat and end up with black Siamese kittens.