Are the Siamese cats protected?, check the history of Siamese!

Are the Siamese cats protected?, check the history of Siamese! 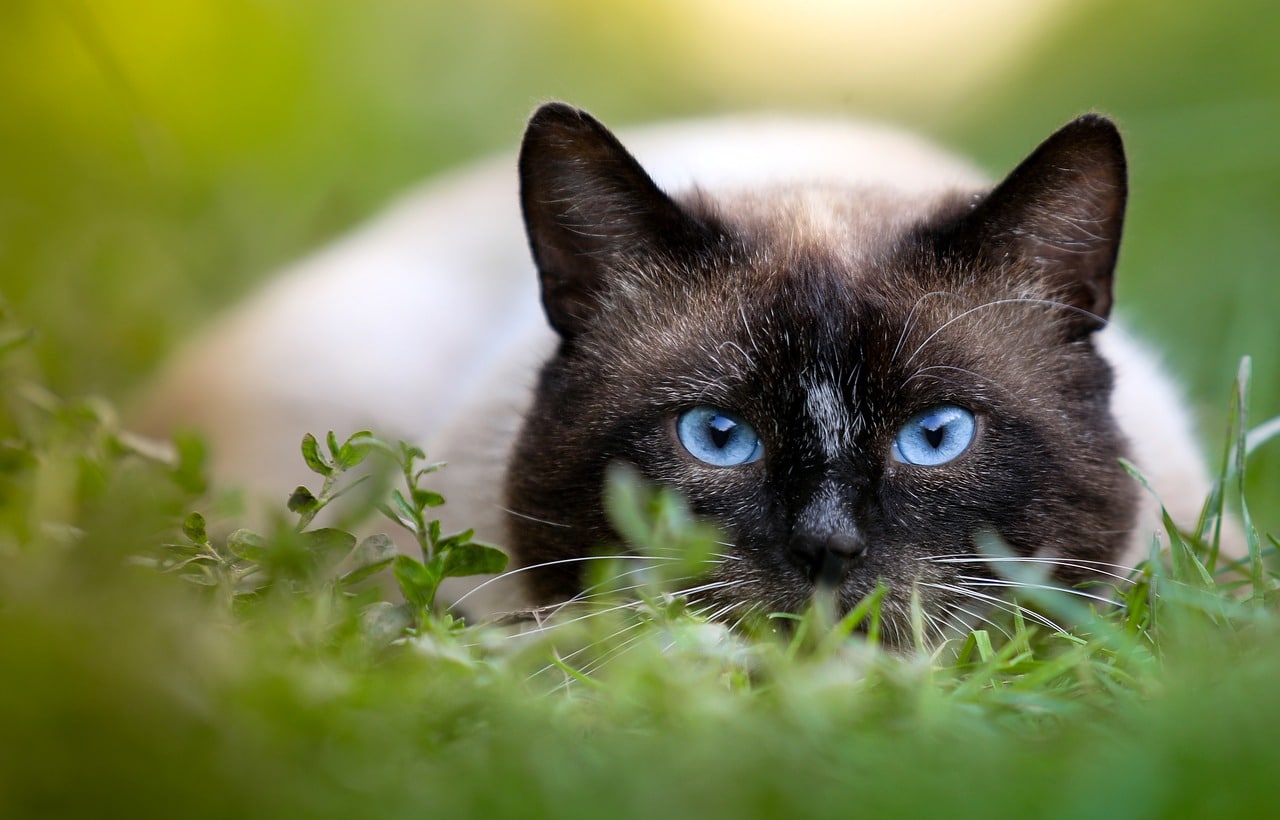 When we talk about Siamese cat, there are many people who imagine them to be short-haired seal points that have a slender body with brown and black coloured tail, nose and ears. But with so many cross-breeds, there are now multiple variations of the Siamese breed.

Apart from their physical traits, Siamese cats have a unique personality and character. They prefer to always be in the company of their owner and would not want to be left alone. They like to play various games and being pampered by their owners. They would love to lay themselves on the laps of their owner or constantly hover around them. But there is another key factor that one needs to be bear in mind when they are planning to get a Siamese cat.

Being protective is one of the key characteristics that normally sets them apart from the rest of the breeds. The Siamese are not afraid to even raise their voices when they feel. Their protective instincts can get activated immediately and they would make their presence known to others.

When compared to the rest of the cats, the Siamese breed has the strongest protective instinct. They do not get afraid to show their love as well as their protective nature towards their owner. Once the Siamese cat has been dedicated to you and has shown their loyalty towards you, they would go to any extent to prioritize their protection whenever the need be.

You may wonder, what is so great about the protective instinct in the Siamese breed since there are many other breeds which show this nature towards their owner. But let me tell you, Siamese top the highest when it comes to showing their loyalty and commitment towards their owner.

Look back towards the history of the Siamese breed:

Siamese cat has a very long history dated many centuries back. They were once considered to be royal and sacred breed. The protective nature of the Siamese cat has been there from as early as the 15th century.

This was also the time when they were also considered to be the official cats of the Siam king. Hence, whenever a Siamese cat would pass away they would be buried along with the members of the royal family.

This was done with a popular belief that the Siamese cat would help the deceased member of the royal family to cross over properly.

With the passing of the years, even though there are cross-over breeds of Siamese cats but the protective instinct has not reduced. Over a period of time, this nature has slowly entered the common’s man household across the globe. Siamese cats have a natural tendency to form a strong bond with the members of the home, especially with their owners. They tend to hover around their owners and also would not leave them alone. They look out for deeper connections with their human counterpart. Hence most of the humans consider Siamese cats to be cold animals who are least interested in what is happening around.

Siamese cats love to be pampered and cared for. They would create a ruckus if you even leave them alone for some time. The bond that gets created between the Siamese cat and the human family members becomes simply unbreakable. They would follow you to each and every corner of the home. They would make noises if they are left alone and would love to play around with you.

Talking about their protective nature, this is something one may not notice until some threatening situation arises. Such situations can be when the members of the family are being approached by some stranger or unfamiliar person or when there is another animal hovering around.

The moment, your cat learns that such a situation has arisen they would change their role from a companion to a protective cat. The cat would immediately jump ahead in your defence. Note that such situations may not always be a threatening one in the eyes of the owner but for a Siamese cat any unfamiliar situation would seem to be a danger.

How does the Siamese cat behave when they don the protective characteristic? 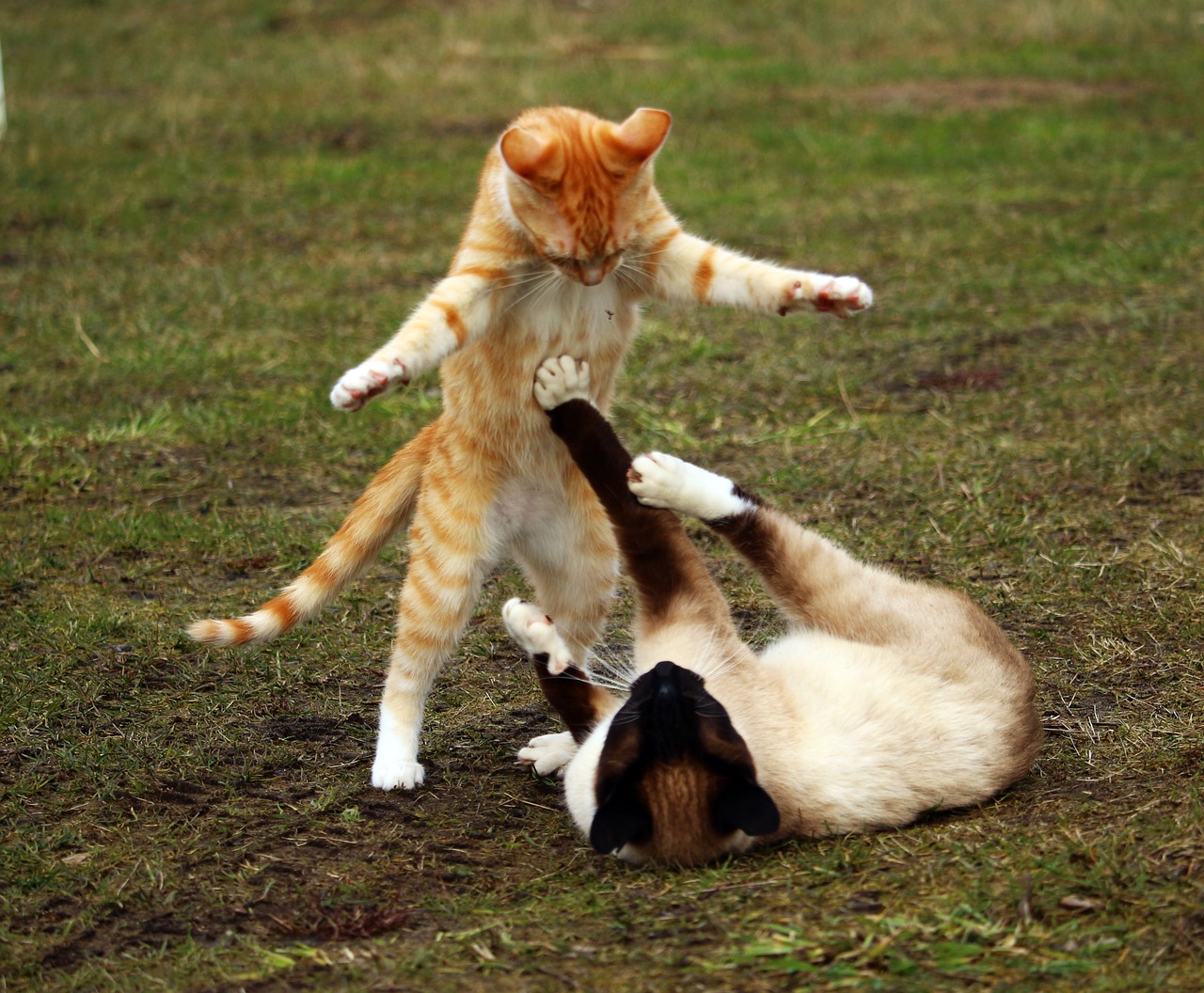 The Siamese cat has the tendency to hiss or scratch the moment they can smell danger lurking around. At times they can completely change themselves into a full-fledged defensive mode towards their threat. For an owner, this kind of behaviour may seem to be alarming for the first time. But this does not make them aggressive in nature. All they are doing is trying to protect their close human counterparts from any danger or threat.

As an owner, you can train the cat to be calmer around strangers. Teach them to differentiate between strangers. But still, the Siamese are known to protective towards any outsiders that visit the house.

Other Animals and Siamese Cats: 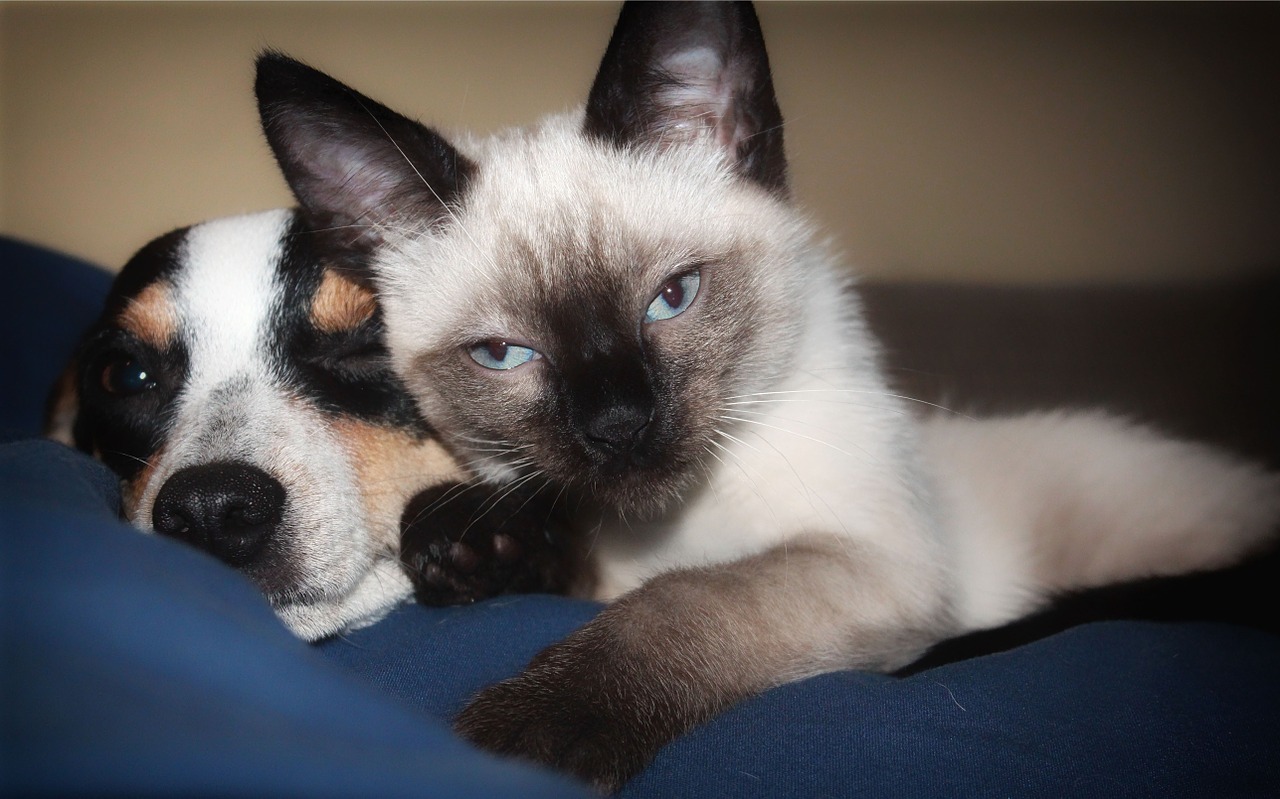 Siamese cats are social animals wherein they love to be around their favourite people. Some say that Siamese does not love other pets company. But this is not completely true.

Siamese being social in nature, love the company of other pets. They are quite outgoing and friendly in nature. In some cases, they may take time to bond with new pets in the home but gradually they would become the best of buddies.

Siamese cats are also protective towards other animals with whom they have created a bond. They would go to any extent to prove their loyalty and care towards the other pet. Hence if you plan to get a Siamese at home then adopt a kitten.